Microsoft today detailed an update to its Office for iOS apps that tightens the integration that Outlook has with Word, Excel, and PowerPoint. The new versions have been on Apple’s App Store since last week, but we’re only hearing about them now because Microsoft’s Office team apparently can’t write as quickly as it can code.

Outlook for iOS now opens Office documents sent as attachments directly in their respective iOS apps. The basic viewer hasn’t been scrapped just yet: It still opens if you haven’t download the corresponding Office app, and provides an app store link to do so.

You can make edits right in the document and send it back. After you’ve finished making your changes, a single tap on the Back button closes the document and returns you to Outlook, automatically adding the now-updated file as an attachment in your reply. 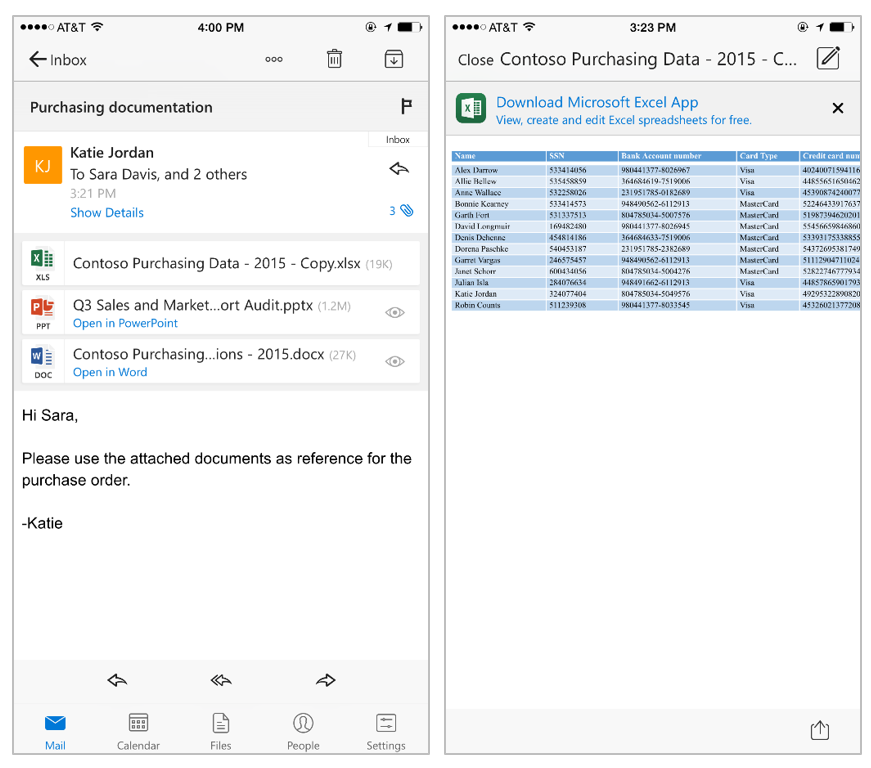 As Microsoft put it, this is a huge step forward for collaborating on attachments in iOS: “To date, this activity was almost exclusively done at a computer, due to the many manual and sometimes confusing steps necessary when using the built-in Mail app for iOS.” This new integration between Outlook, Word, Excel, and PowerPoint for iOS is supposed to fix that once and for all. 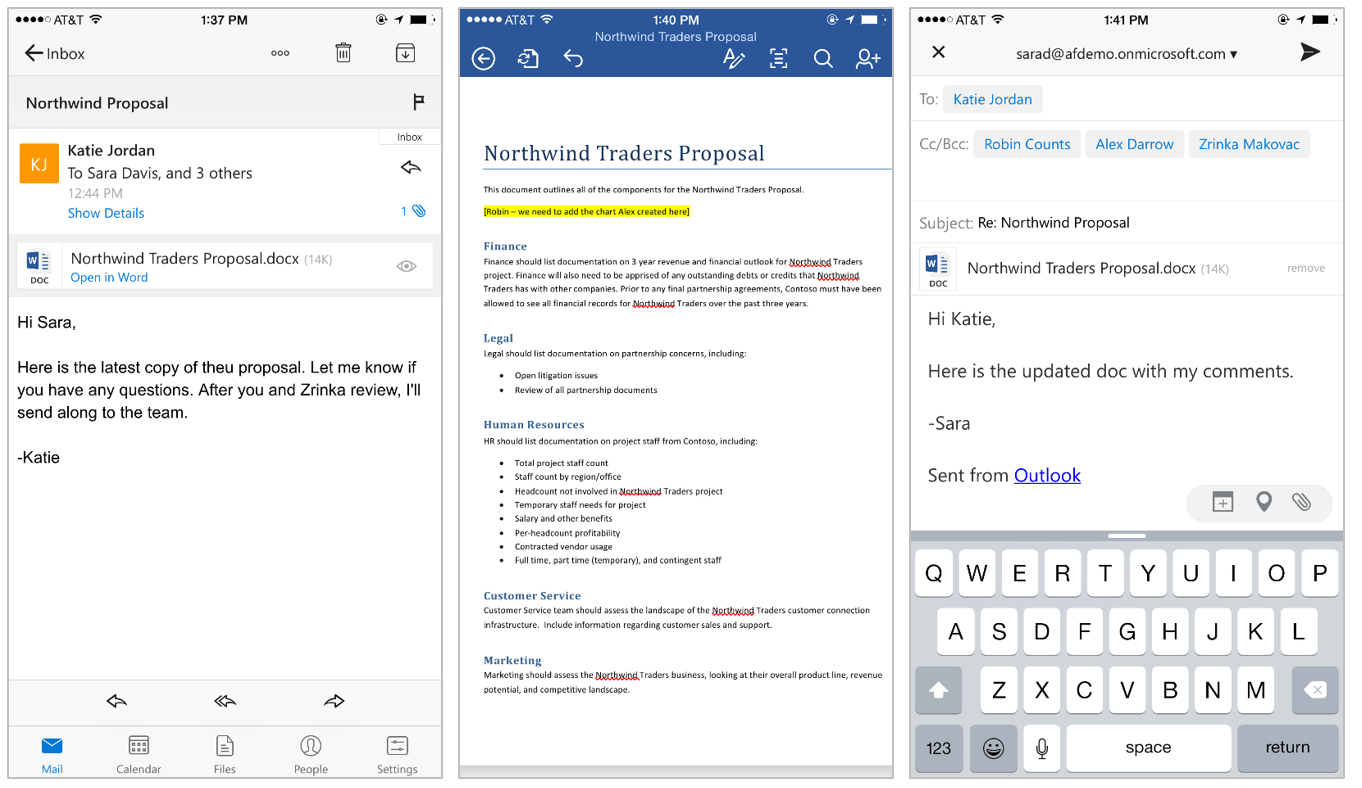 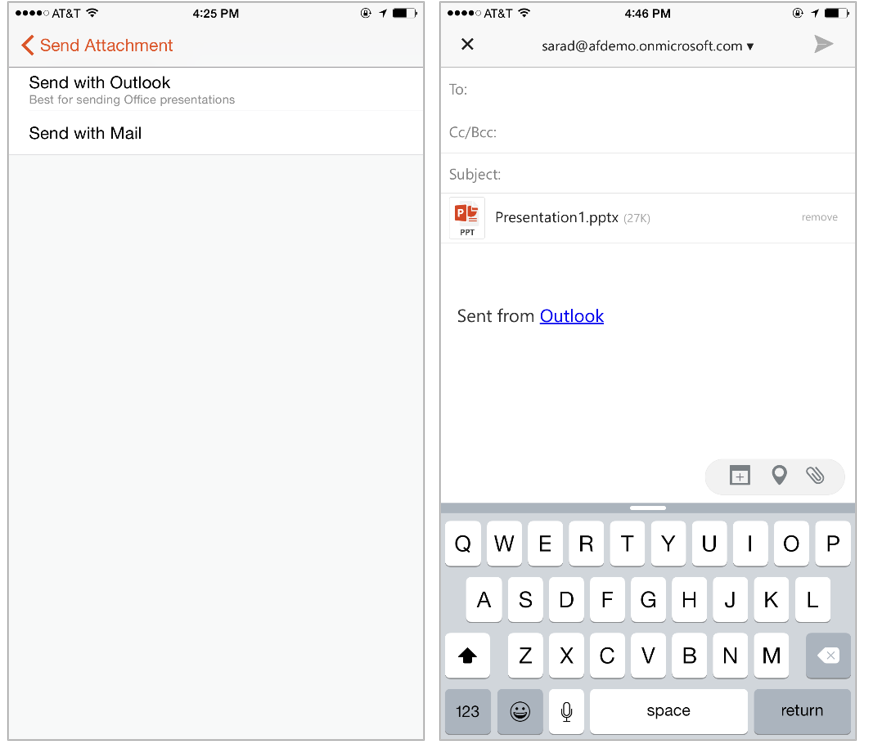 If you’re a Windows user, all of the above probably seems trivial. That’s because Office for Windows has had rich integration between these apps “for decades,” as Microsoft pointed out.

Still, it’s about time they come to iOS. Microsoft said Android users can expect the same treatment “in the next couple of months.”