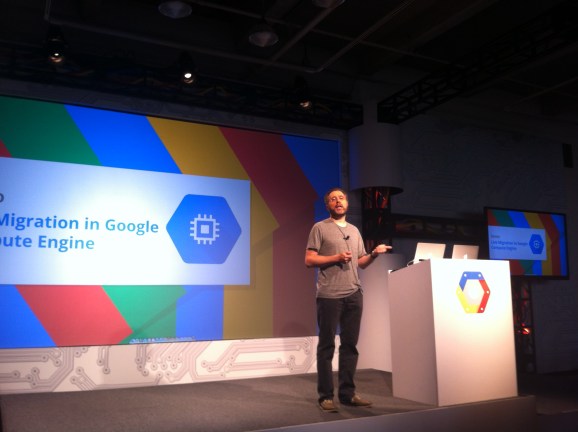 Now the service is backed up by Google 99.5 percent service level agreement to assure customers of its availability. Customers will be able to run basic clusters with as many as five virtual machines (VMs) for free, and standard clusters, with up to 100 VMs, will cost 15 cents an hour, according to the product’s web page.

If companies choose to use this tool, they won’t need to worry about setting up and maintaining a tool to orchestrate the deployment of containers (which are considered a lightweight alternative to more traditional VMs).

“Container Engine schedules your containers into your cluster and manages them automatically, based on requirements that you declare,” Google product manager Craig McLuckie wrote in a blog post on the news. “Simply define your containers’ needs, such as the amount of CPU/memory to reserve, number of replicas, and keepalive policy, and Container Engine will actively ensure requirements are met.”

Now that Container Engine is available with an SLA, Google has a better shot at competing with public cloud market leader Amazon Web Services when it comes to being the ideal place to host container-based applications. Amazon’s EC2 Container Service has been generally available since April. The IBM Containers service hit general availability in June.

Microsoft Azure, another prominent public cloud, does not currently have a managed service for deploying containers.

Of course, Google Cloud Platform competes with these other cloud providers on other fronts, but all of these companies want to be seen as the best place to build and run modern applications.