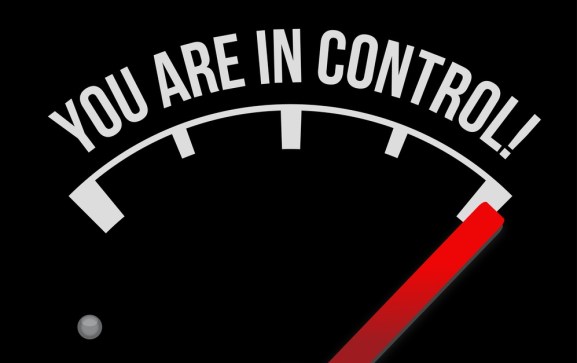 When I ask friends with pilot’s licenses what the hardest thing was about learning to fly, they always say, “learning how to get out of a midair stall.” The hard thing about it, they tell me, is how counterintuitive the remedy is.

The remedy is to point the nose of the plane straight down and let a stomach-churning plummet back to earth restore the plane’s flying speed, leaving just enough margin in altitude to pull out of the dive. It is both counterintuitive and counter-instinctual because the way not to fall back to earth is to start falling back to earth.

I was thinking about this the other day when I heard an entrepreneur talk about how she was resisting taking a priced round so as to avoid naming a board of directors, which could lead to her losing control of her startup.

I do not want to argue the merits of a priced round or a board of directors in this post. Rather I want to speak to why placing an emphasis on maintaining control by the startup CEO is a costly mistake and one that often leads to the death of the startup.

There are all kinds of factors that eventually determine whether a CEO can take a startup to $100 million in revenue in five years or less. A shortlist might include:

Consider this partial list and note how little control the startup CEO can exert over any of these factors. Indeed, there is no CEO control lever for these kinds of issues; furthermore, even thinking in “control mode” is just as dangerous as trying to keep the nose up of a stalled plane in flight.

Rather, entrepreneurs should be focused on “influence” rather than “control.” There are two reasons why. First, “influence levers” far outnumber “control levers.” Second, influence is proactive, whereas control is defensive – defending a hill, holding a position, defending the status quo.

Control is what monopolists and well-entrenched companies exercise. It is not a winning mindset for a startup CEO. Rather, she should be charging that hill, undermining entrenched positions of competitors, and then moving onto the next battle.

And she will succeed if her plan is to influence the key constituencies she has to satisfy, placate, or neutralize. Consider a current news story as an example.

Bill de Blasio, the mayor of New York City, recently went on the attack against Uber, claiming Uber drivers were causing increased traffic congestion in the city. He advocated new and severe limits on the number of Uber drivers for the city while a commission appointed by de Blasio “studied” the problem.

Uber did three things in response that put the mayor unexpectedly on the defensive. It first decided to influence New Yorkers directly, and their elected officials indirectly, by pointing out that two million of New York’s eight million residents had downloaded the Uber app. It influenced those of us who believe in equal access to transportation by pointing out that Uber services neighborhoods with people of color far better than taxicabs do in the city. And it influenced Uber users by adding a de Blasio button to its app that purported to show how much longer users would have to wait for a ride if de Blasio’s plan went into effect.

The company’s response was brilliant and almost immediately achieved its intended effect: The mayor caved amidst much criticism from friend and foe for political ineptitude.

De Blasio made a big time play for control, which stalled in a few weeks. Uber made multiple thoughtful attempts to influence, not control, voters, users, elected officials, and various interest groups. In so doing, Uber adroitly avoided a political decision that might have adversely affected its momentum. No doubt, the company is already thinking ahead to the next controversy (e.g., whether its drivers are employees or independent contractors).

And when it has to face that question, I am confident its move will be to influence as many people as possible, and not to try and control an uncontrollable situation.

Control is an illusion for startup CEOs, and a dangerous one. Influence offers a far healthier paradigm for entrepreneurs focused on changing the world. In fact, the issue of influence vs. control holds true for life in general, as Seth Godin discussed in his recent blog.

Jeff Thermond is a Venture Partner at XSeed Capital and has been involved in Information Technology and computer networking for over 30 years. Prior to XSeed, Jeff was Chief Executive Officer of Woven Systems, Chief Executive Officer of Epigram (which he sold to Broadcom for $498 million in 1999), and Vice President and General Manager at 3Com. He currently sits on the Board of Directors at Lex Machina.