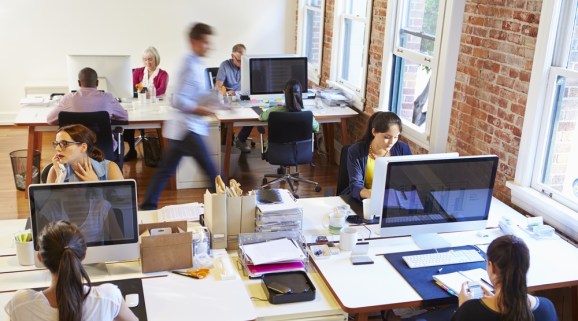 While startups have the luxury of building values and culture from scratch, existing companies that want to (re)start corporate innovation must reboot an existing – and at times deeply rooted — corporate culture. It’s not an easy task, but failing to change the culture will doom any innovation efforts the company attempts.

Innovation in an existing company is not just the sum of great technology, key acquisitions, and smart people. Corporate innovation needs a culture that matches and supports it. Often this means a change to the existing company’s culture. Persuading employees to let go of old values and beliefs and adopt new ones can be challenging.

All too often a corporate innovation initiative starts and ends with a board meeting mandate to the CEO followed by a series of memos to the staff, with lots of posters and one-day workshops. This typically creates “innovation theater” but very little innovation.

Two McKinsey consultants, Terry Deal and Arthur Kennedy wrote a book called Corporate Cultures: The Rites and Rituals of Corporate Life. In it they pointed out that every company has a culture – and that culture was shorthand for “the way we do things at our company.” Company culture has four essential ingredients:

The Power of a Corporate Culture

It was in my third startup, Convergent Technologies, that I started to understand the power of a corporate culture. The values and basic beliefs of working in this crazy startup were embodied in the phrase that we were, “The Marine Corps of Silicon Valley.” If the notion of joining the Marine Corps of tech wasn’t something that interested you, you didn’t apply. If it was appealing (typically to high testosterone 20 year-olds), you fought to get in.

By the time I joined, the company already had a store of “beating the impossible odds” and “innovation on your feet” stories. It was already lore that the founders had pivoted from simply building an entire computer that fit on a single-circuit board with a newfangled Intel microprocessor to selling complete desktop workstations with an operating system and office applications (the precursor to the PC) to other computer companies. And the CEO had done the pivot in front of a whiteboard of a customer who went from a “we’re not interested” to a $45million order in the same meeting.

Each subsequent deal with a major computer customer was celebrated (deals were worth ten of millions of dollars) and our salespeople were feted as heroes. When any special custom engineering effort was required to match the over-the-top sales commitments (almost every deal), the engineers were treated as heroes as well. And when marketing went out to the field on red-eye flights to support sales (often), we became heroes as well.

Finally, there were rituals and celebrations that accompanied each big order. Bells and gongs would ring. The CEO would hand out $100 bills, and gave out a $25,000 on-the-spot bonus that was talked about for years. Once he even spray-painted an exhortation to ship a new product on time on our main hallway wall (so crude I can’t even paraphrase it, but still remembered 30 years later).

While my title, business card and job description described my job functions, these unwritten values, stories, heroes and rituals guided the behavior that was expected of me in my job.

You can get a good handle on a company’s culture before you even get inside the building. For example, when companies say, “We value our employees” but have reserved parking spots, a private cafeteria and over-the-top offices for the executives, that tells you more than any PR spin. A CEO can proudly boast about their corporate incubator, but if the incubator’s parking lot is empty at 5:15 pm, that tells you more about its real value.

I’ve learned more about a company’s corporate beliefs, heroes, and rituals by sitting in on a few casual coffee breaks and lunches than reading all of its corporate mission statements or inspirational posters in the cafeteria. In Horizon 1 and 2 companies (those that execute or extend current business models), stories revolve around heroes and rebels who manage to get something new done in spite of the existing processes. Rituals in these companies are about the reorganizations, promotions, titles, raises, etc.

These core values and beliefs and the attendant stories, heroes, and rituals, also define who’s important in the organization and who the company wants to attract. For example, if a company values financial performance above all, its stories, myths, and rituals might include how a hero saved the company 5 percent from a supplier. Or if a company is focused on delivering breakthrough products, then the heroes, stories, and rituals will be about product innovation (e.g. the Apple legends of the Mac, iPod, and iPhone development).

For innovation to happen by design not by exception, companies need to hack their corporate culture. This is akin to waging psychological warfare on your own company. It needs to be a careful, calculated process coordinated with HR and Finance.

To create an innovation culture, a company needs heroes and stories about employees who created new business models, new products, and new customers: stories about new product lines created out of a crazy idea; or heroes like an old-guard manager who kept sending the best teams to the corporate incubator; or division general managers who adapted and adopted an acquired product and built it into a successful product line; or engineering teams who got out of the building, saw a customer need, and built a product to serve it – and ended up with a new division. And the rituals and rewards need to support this type of innovation.

Culture change almost always runs into problems – resistance to change (we’ve always done in this way), obsolescence (the world changed but not our values), inconsistency (we give lip service to our values but don’t really implement them). But the combination of hacking the culture and reinforcing it by changing the incentives can make it happen.

The result of an innovation culture is a large company with a unified purpose that can move with speed, agility, and passion.