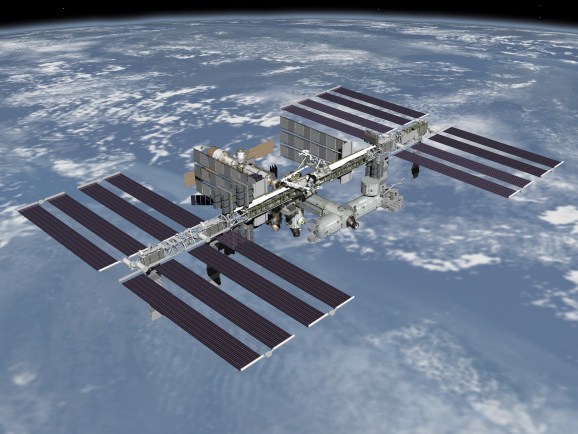 If you click, you’ll see that NASA astronaut Scott Kelly is answering questions about his life aboard the International Space Station.

The Q&A is ostensibly promoting the premiere of The Martian, a Ridley Scott-directed film about a man presumed dead and left behind on Mars, which must be weird for Kelly.

If you don’t keep up with Kelly, you absolutely should. He routinely posts jaw-dropping photos of Earth as he zooms around it over and over. His identical twin brother Mark is also an astronaut; together, they’re the first siblings in space.

So there should be a lot to ask! Is space lettuce any good? How does altered gravity affect your DNA, given that you and your brother have basically the same DNA? How many million miles will you travel during your year in space?

You’ll see a few questions like these floating around the top. But because the chosen forum is Facebook, rather than a Skype call or a moderated Reddit AMA, the submitted questions have been, uh, pretty much what you expect from Facebook comments.

There is plenty of self promotion:

People who don’t understand the way anything works, at all, period:

There are three things we can glean from this Q&A. First, being an astronaut sounds incredibly isolating and rewarding, often at the same time. Second, this movie seems pretty great even though Scott Kelly is nowhere near Mars and is not in any immediate danger. Third, do not use Facebook if you want to learn anything about anything.