Microsoft today sent out media invites to an October 6 event in NYC. The company says it has “some exciting news to share about Windows 10 devices.”

Rumors have been circulating for months that Microsoft plans to unveil new phones (Lumia 950 and Lumia 950XL) next month, along with successors to its Surface and Band lineups. A Surface Pro 4 and a Microsoft Band 2 are thus potential candidates for the hardware-packed event.

Yet the invite doesn’t mention specific devices. It merely says, “Join us for the media briefing at the Skylight at Moynihan Station in New York City on October 6th at 10:00 a.m. EDT.” 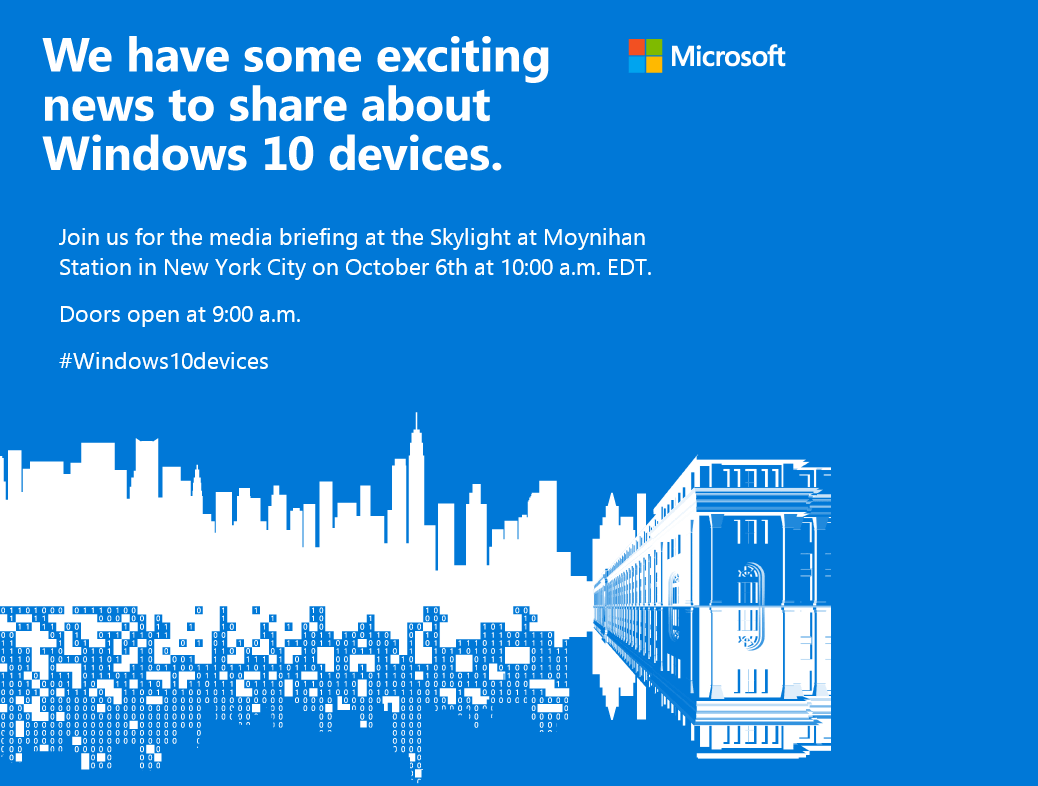 The smartphones will likely be the big highlight of the event, given that they will be the company’s first phones running Windows 10 Mobile. The two devices, codenamed Cityman and Talkman, have been leaking for months.

Talkman, likely called the Lumia 950, is expected to sport the following:

Cityman, likely called the Lumia 950 XL, is expected to be its larger and more powerful cousin:

Windows 10 Mobile is rumored to arrive by the end of this quarter, though that date may slip a bit. The phones will likely go on sale either in time for Windows 10 Mobile’s debut or soon after.

Specifications for other Windows 10 devices has yet to leak. All of the Windows 10 hardware at the event will likely be ready to go on sale in time for the holiday shopping season.