iOS 9 is launching today, and Microsoft’s OneNote team is wasting no time. The company updated OneNote with support for iOS 9, iPad Pro, Apple Pencil, Handoff, and Spotlight all in one go. You can download the new version now directly from Apple’s App Store.

The biggest iOS 9 feature that OneNote now supports is multitasking. That means on the iPad Air 2 and the upcoming iPad Pro, you will be able to run split view and run two apps at once (just like Windows users have been able to for years). Here is how it looks: 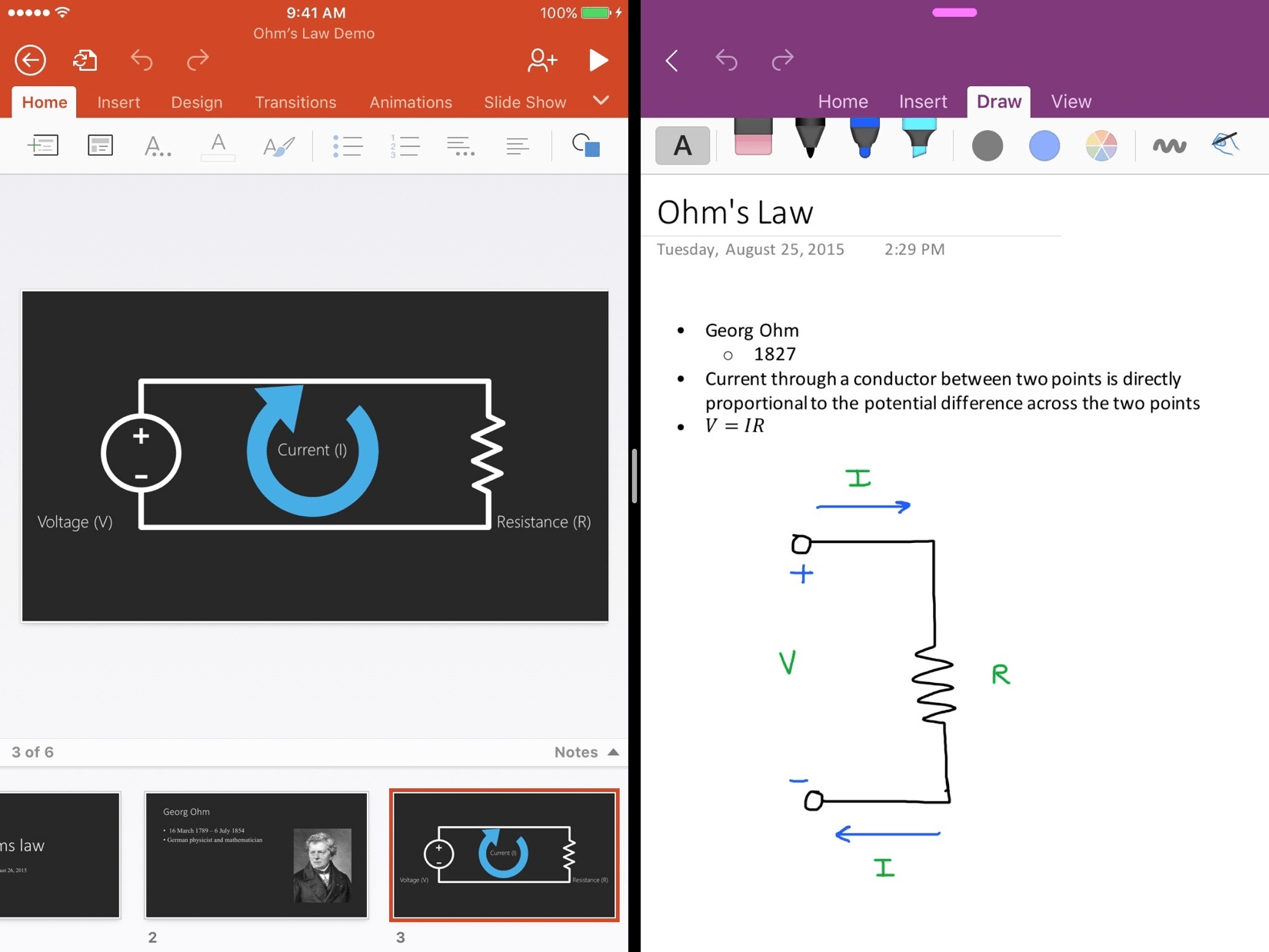 On most newer iPads, you’ll also be able to use “slide over” to quickly take notes. Slide Over lets you open OneNote atop another app and quickly scribble something down without interrupting whatever you’re currently doing. 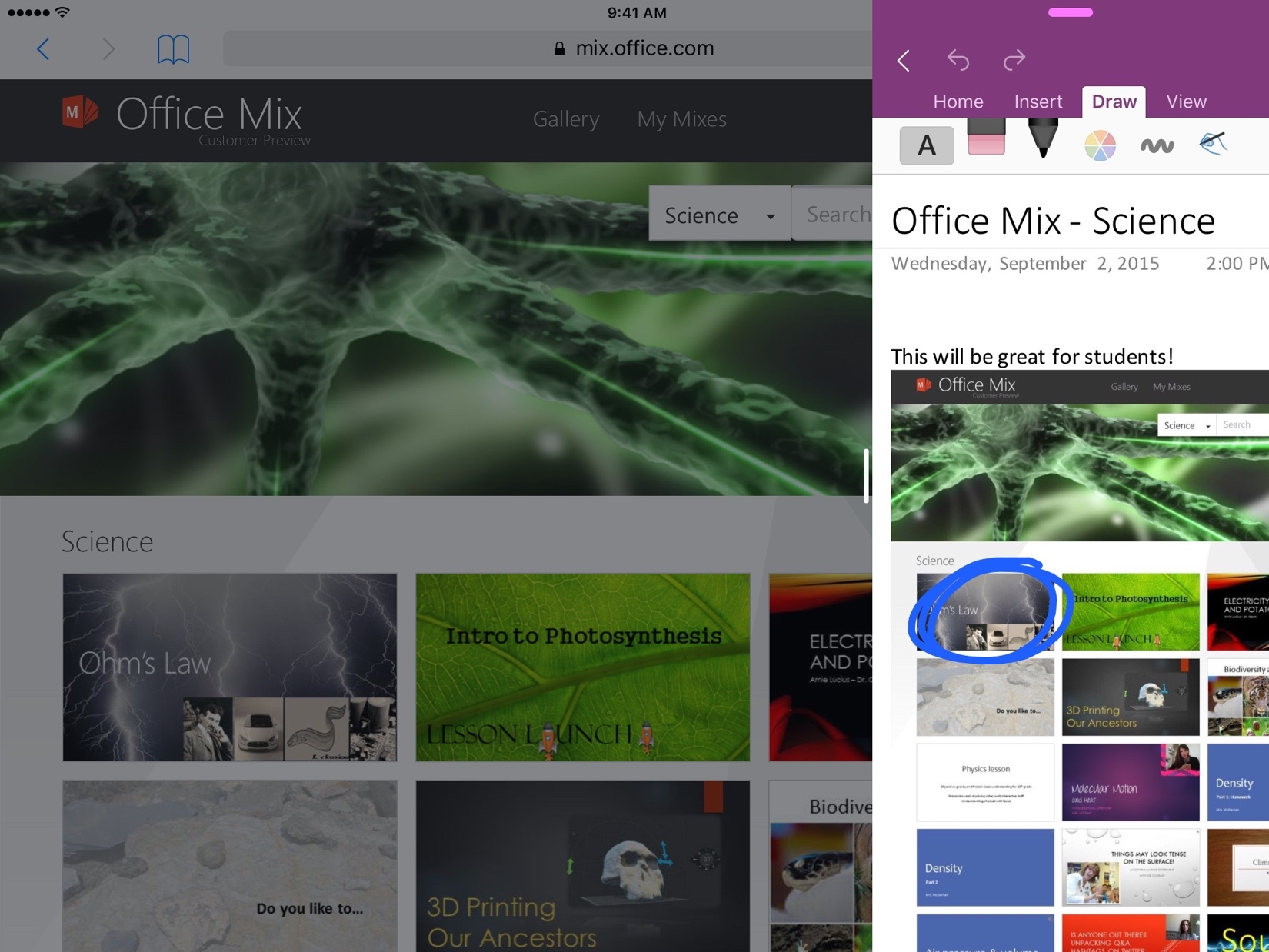 Spotlight support translates into being able to open search, start typing, and find all your to-dos and notes. OneNote even works with searching through images, PDFs, and handwriting.

Handoff support means you can continue working right where you left off on your mobile device, or vice versa from your Mac. If you own multiple Apple devices, this one is for you.

OneNote now also supports UI mirroring for iOS9. For Arabic and Hebrew users, it’s not just the text that’s now right-to-left. In Settings, the Page List can now be put on the right-hand side, if you’re a leftie or if that’s simply what you prefer.

Last but not least, when the Apple Pencil and iPad Pro arrive in November, OneNote will work with both: This is no small update, and Microsoft had to work closely with Apple to get it out. Indeed, the OneNote team hints as much: “If you thought our August update was big on small improvements, it’s because we were laboring behind the scenes (including a few trips to Apple’s secret underground bunker … shhh) to get everything prepped for this release.”

If you didn’t believe it before, you should now: Microsoft really is going out of its way to ensure Office works great on Apple devices. And people are noticing.