Starbucks is today letting customers across the U.S. order and pay for their drinks in advance through the company’s mobile app.

The “Mobile Order & Pay” service first landed in Portland, Oregon last December, and has been gradually rolling out across the country. From today, however, the in-app ordering feature is available nationwide at “participating Starbucks locations,” and the Seattle-headquartered coffee giant revealed that the feature will be arriving in the U.K. and Canada from October. 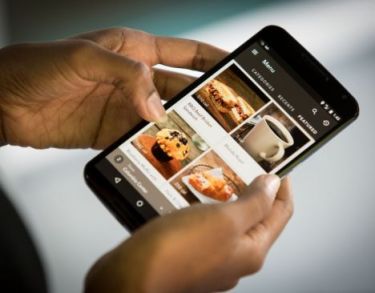 Available in the main Starbucks Android and iOS app, the feature automatically chooses the closest participating outlet, though you can manually select a different location if you wish.

Starbucks first introduced mobile ordering way back in 2012 through La Boulange, a chain of bakeries in San Francisco Starbucks had acquired earlier that year. The coffee giant said at the time that it planned to take the concept into its outlets across the country, though it would be two years before the Portland pilot came to fruition.

The upcoming U.K. launch of the service is notable, given that Starbucks recently fell out of flavor with British coffee-drinkers following revelations that the company had paid little corporation tax.

Earlier this year, Starbucks reported its first small profit since entering the U.K. more than 17 years ago. Whether the convenience of in-app ordering can entice more consumers into Starbucks’ stores remains to be seen.

Starbucks is the latest in a line of big-brand companies to introduce a mobile ordering and pickup service — Taco Bell launched a similar service in the U.S. last October.