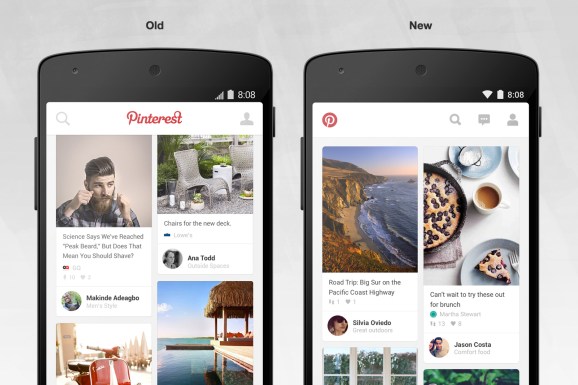 Pinterest, a web and mobile app you can use to save and share images of things you’re interested in — and even buy those things — today announced that its application programming interface (API) is now fully available out of beta, allowing developers to integrate content from Pinterest into their own apps.

The API — which can send and receive data on Pinterest pins, boards, likes, and follows — became available in beta in May.

Cat Lee, head of growth for product at Pinterest, described some of the API’s capabilities in a blog post today:

Once someone logs in to your app with Pinterest, you’ll be able to:

But talk of a full-featured API for Pinterest goes back several years. In late 2013 Pinterest debuted its first APIs — for surfacing top repins, the most recent pins, related pins, pins for specific searches, and the pins most clicked through. This API offers more to programmers who want to push and pull content from Pinterest.

IFTTT and Polyvore have built on it, Lee wrote, and plenty more companies could well be inspired to build integrations with the Pinterest API now that it’s public knowledge that the company has more than 100 million monthly active users. It helps that the San Francisco company is well funded, too: In March Pinterest disclosed that it had raised $367 million at an $11 billion valuation.

An engineering blog post on the API is here, and documentation for it is here.