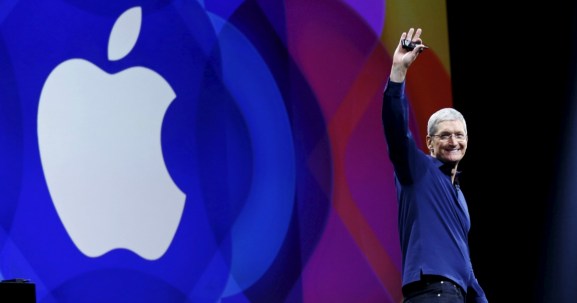 Today marks three months since the launch of Apple Music. For anyone who signed up the first day the service became available, it’s also the end of the free trial period.

Tomorrow Apple will begin charging a monthly fee of $10 to get access to its unlimited music streaming service (unless of course you turn off the automatic renewal function).

I’ve been experimenting with the app for three months now, and I’m still impressed. That said, I won’t be solely extolling the virtues of Apple Music. While Apple will introduce you to some awesome new music, it has more than a few flaws. With that let me air some frustrations.

Say goodbye to your iTunes library

In those three months, I had to take an hour and half ride upstate, during which I tried to listen to music I had uploaded to my phone through iTunes. Those albums now reside in Apple Music under a tab called “My Music.”

I opened the tab and clicked on an album. When I went to play a specific song on the album, I found I could not. I could only play the album from the beginning and listen straight through (I also couldn’t always play the album all the way through, though I’ve had trouble replicating this predicament).

The reason for this is that rather than storing music on your device, Apple Music streams even the albums you own. In order to stream your own music, you have to either connect to Wi-Fi or allow Apple Music to burn up data on your wireless plan. Alternatively, you can download all your albums to your phone for offline use, but I hadn’t done this yet.

One gigabyte of data will get you 18 hours of streaming on Apple Music, according to a report from Yahoo News. Perhaps most of the time a person listening to a streaming service will be able to connect to Wi-Fi, but I know for myself, I spend a good amount of my listening hours while I’m traveling. Neither the subway nor the streets of New York City nor my car has Wi-Fi. The other time I listen to music is while running, which I’ve noted before. There again, no Wi-Fi, so I personally am looking at spending a fair amount of data on Apple Music. That wouldn’t bother me so much if I didn’t have music that I’ve already purchased that I should be able to listen to on my iPhone without touching my data (subtext: WHAT THE HELL).

Why would Apple make its user experience unnecessarily complex? Well, because it wanted to house all music within one app. That means having to find a way for users to seamlessly listen to music they already own and music they can only stream. Though Apple achieves it, the experience isn’t good. Rather, it’s by far the most annoying thing about Apple Music.

Where Apple Music succeeds is in curation. Within the menu bar, Apple has a tab called “For You.” This is Apple Music’s suggestion vehicle. It takes music you’ve listened to and genres you’ve indicated your interest in to make recommendations. Apple uses humans to curate, and as others have noted, the service is actually really good.

At first the app will introduce you to musicians and albums you already know. But over time, the suggestions get much, much better. Of course, that’s only if you’re regularly using the app.

It’s important to note this because discovery is really, really difficult. Spotify, despite its best efforts, hasn’t quite cracked the code in this area. But Apple, ever the tastemaker, nails it, turning up relevant new music for those in search of it. That alone may be a reason to subscribe.

There are two sections that I didn’t use all that much: “New” and “Connect.” New is as it sounds: a section for new music that gives listeners access to recent releases as well as fresh content. This comes in the form of videos and song clips.

Connect is Apple Music’s attempt at social, and it’s not a particularly good one. This section of the app allows musicians to connect directly with listeners and post upcoming show information as well as original content, clips of songs, videos, and so on. However, there just doesn’t appear to be much engagement happening there.

When Apple Music launched, I noted that it didn’t appear that many artists were on the platform. Now three months later, the results are mixed. Apple hasn’t released any numbers regarding artists using the Connect platform, but the ones that are on it don’t seem to post consistently.

For instance, singers Sam Smith and Demi Lovato post to their Connect page fairly regularly — every four days or so. Meanwhile, Miley Cyrus has posted six times in three months and half of her posts are advertisements (one for MTV’s Video Music Awards, which she hosted, and another for lipstick that she launched through MAC). Meanwhile, singer Jenny Lewis and rapper Common only posted once. And FKA twigs, the musician that Apple used to make an example of original content on its platform, has posted a total of twice. It’s this sort of irregularity that makes Connect a somewhat useless product. Though not a super fan myself, I’m sure that those who follow a musician want to do so on a platform that delivers news and fresh content frequently — not a place musicians drop an update once a month.

This is especially true because there are so many other platforms that artists already flock to in order to connect with fans.

The bottom line is, there isn’t a whole lot of difference between Spotify and Apple Music. The two have roughly comparable music libraries (Apple may have a few exclusive albums, but truly a few), and they both offer the ability to create playlists and play music offline. The individual social aspects and other gimmicky products are really just noise. However, where Apple Music differs is in discovery.

In this category Apple bests Spotify, so if you’re looking for someone to introduce you to new music, Apple Music may be your new best friend.

That said, if you’re just interested in having streaming access to all albums ever, and you already have Spotify tailored to your specific likes, and you have a ton of playlists there, then obviously stay put with Spotify.

If you’re still unsure, check out Apple Radio, also located within the Music app. It doesn’t require a subscription plan, and it may be enough to help you discover a few new things. Also, check out Mark Sullivan’s full Apple Music review.