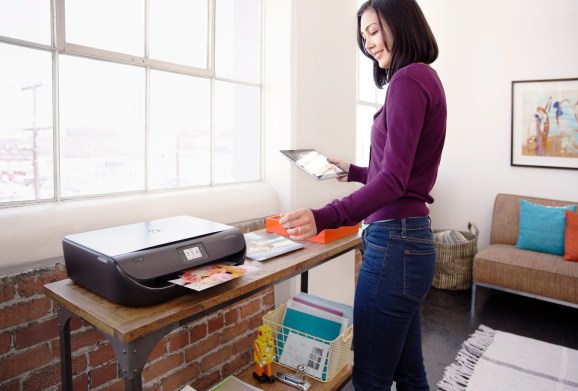 (Reuters) — Hewlett-Packard Co said its board had approved the previously announced split of the company into two separate listed entities — computers and printers, and corporate hardware and services.

Hewlett-Packard said on Thursday that it expected its split into Hewlett Packard Enterprise Co and HP Inc to be completed on Nov. 1.

Hewlett-Packard, which will be renamed HP and comprise the computers and printers business, will continue to trade under its current ticker symbol.

Hewlett-Packard shareholders will get one share of Hewlett Packard Enterprise for each share held as of Oct. 21.

The tax-free distribution will be on a pro-rata basis, the 75-year-old company said.

Hewlett-Packard announced the split in October 2014 after years of struggling to adjust to the post-PC computing era.

Hewlett-Packard said it expected Hewlett Packard Enterprise to start trading on a “when issued” basis on or around Oct. 19 under the ticker symbol “HPE WI”.

Hewlett-Packard shares were unchanged at $25.61 in premarket trading on Thursday.

Up to Wednesday’s close, the stock had fallen about 27 percent since Oct. 3, the last trading day before the company announced the split.

(Reporting by Lehar Maan in Bengaluru; Editing by Savio D’Souza and Kirti Pandey)