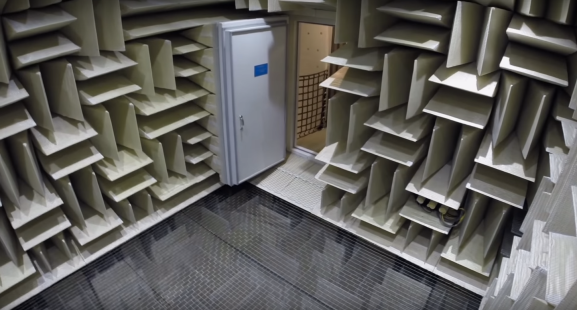 Inside one of Microsoft's anechoic chambers.

Microsoft now holds the Guinness World Record for having the quietest place on the planet. It’s an anechoic chamber — a room that doesn’t allow for echoes — inside Building 87 on the sprawling Microsoft campus in Redmond, Washington. In a new video, the company provides a peek inside.

The team that works inside Microsoft’s Audio Lab, which contains multiple anechoic chambers, has done work on the Surface tablet’s microphones and speakers, as well as the Cortana personal digital assistant. But most recently, the team managed to snag a world record. You can see that happen in today’s video, but it’s more fascinating to just see what the place looks like.

To learn more about Building 87, check out the full multimedia presentation on it here.