In terms of viewing hours, both in-app and on the Web, YouTube is currently more than 11 times bigger than Facebook. Every single day, Americans spend an aggregate of 8,061 years on YouTube, compared to 713 years watching video on Facebook. That’s based on data captured by SimilarWeb, relying on a panel of over 100 million monitored devices.

While Facebook has grown significantly and sucks up well over 100,000 years of aggregated attention daily across the entire planet, only a small fraction of that is video. Globally, it’s about 5,625 years.

All of this data on actual time spent in both Facebook and Google’s mobile apps and their websites makes sense. When we asked 546 Americans, via Survata, which property they would pick if they could only watch digital videos in one place, they picked YouTube by a 5:1 ratio:

Above: The desert island scenario

YouTube viewers are much more likely to watch for significant amounts of time on YouTube — 20, 40, even 60 minutes — and the younger they are, especially in the millennial group, the more markedly skewed their viewing habits are. Digital video viewers aged 13 to 17 are 18.5 times more likely to choose YouTube than Facebook. Older teens and younger 20-somethings are 16.5 times more in favor of YouTube than Facebook. 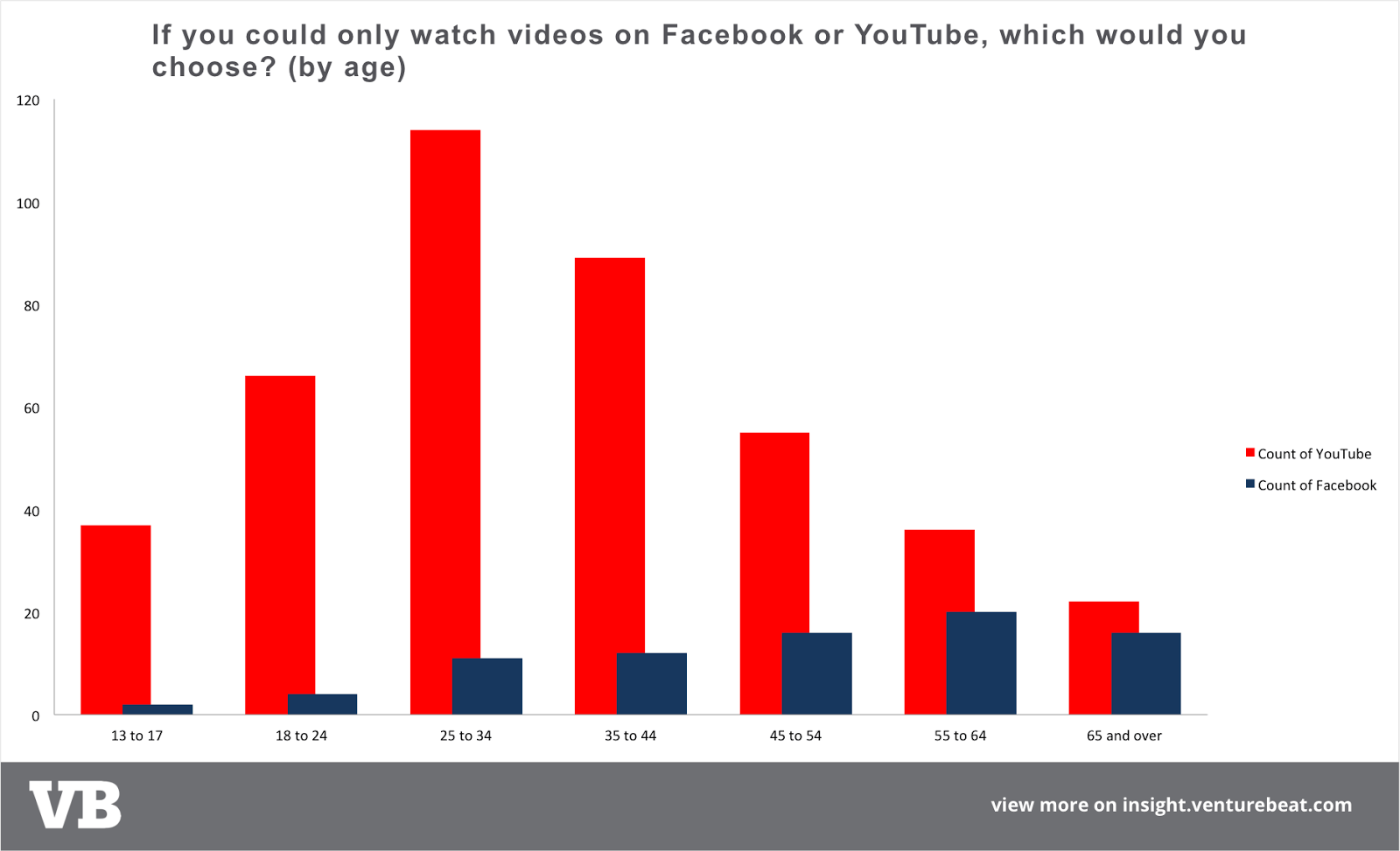 None of which, of course, discounts the fact that Facebook has made massive and significant moves in digital video. Going from almost nothing to four billion daily views in half a year is impressive, and the social network has the capability to make it even more, since naturally what people see in their Facebook streams is dependent on Facebook’s algorithms. But rumors of YouTube’s impending demise are most certainly premature. And the battle for the $600 billion global advertising spend — including TV’s $172.5 billion share — which is increasingly moving to digital, is currently still advantage Google.

Where the battle for digital video supremacy will really get interesting, according to the report, is when Samsung releases the impressive Gear VR early next year at a very consumer-friendly $99.

While right now most Facebook users aren’t viewing video for long stretches of time, that is likely to change in an immersive virtual world. It’s also likely that Facebook will release a video-focused app — following its successful splitting off of Messenger and its multi-app strategy that includes Instagram and WhatsApp — that will enable better video discovery.

At that point, Google is going to need something more than cardboard to compete.

The full report, FB v GOOG: Who’s really winning in digital video, is available now for $99, or free with your marketing technology subscription.