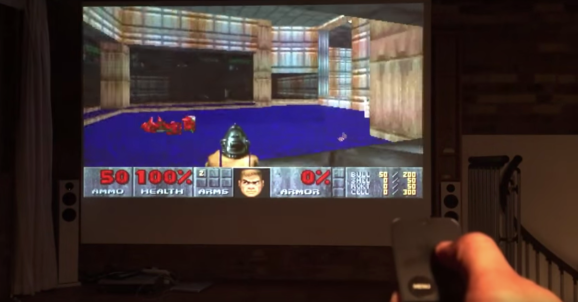 A couple of our developer friends from Tel Aviv managed to port Doom to both Apple TV and the Apple Watch.

Why? Because it’s cool.

The developers, Lior Tubi and Mehdi Mulani, posted some videos to YouTube so we could check out the ports.

Here’s what Doom looks like on the new Apple TV:

And here’s what Doom looks like on the Apple Watch.

“So we had a 10-hour hackathon in our Facebook Tel-Aviv office, and the idea was to hack around iOS stuff,” Tubi wrote on the YouTube page. “Apple has released beta versions for watchOS 2 that lets you run native apps on the watch and we thought it could be fun to port Doom over to it!”