Seemingly in answer to Apple’s new Pencil, Microsoft has developed a new version of its pen stylus for its Surface tablets, the Surface Pen.

The device is designed to work well with Microsoft’s new Surface Pro 4 and the productivity and creative apps that run on it.

The tip of the pen is very sensitive, allowing it to detect 1024 levels of pressure. It has an eraser on the end. It magnetically attaches to the top of the Surface so that it can be stowed or grabbed easily. A button on the Pen will launch Cortana in Windows 10, while double-clicking launches OneNote, as it does on the Surface Pro 3.

Users can get the pen in five colors — silver, gold, red, blue, and black — and 24 different pen tips. 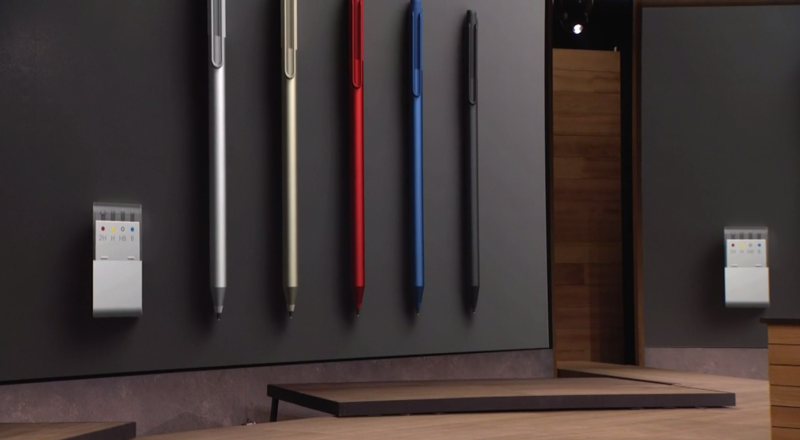 Microsoft also announced a new Type Cover, which it says is lighter, thinner, and sturdier. The trackpad is now 40 percent larger and is made of glass.

The integrated backlit keyboard includes a scissor design, which is quickly becoming the standard for new tablet keyboards. It also includes a fingerprint reader to the right of the trackpad.