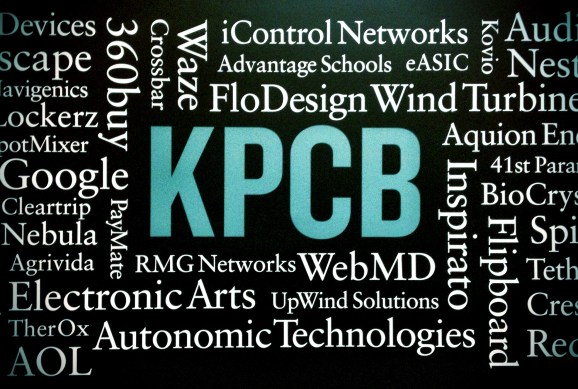 Venture firm Kleiner Perkins Caufield & Byers has brought in a slew of new hires, including alumnus Eric Feng, and handed out a few promotions–notably naming Arielle Zuckerberg associate partner. People may recognize her as the sister of Facebook chief executive Mark Zuckerberg, but she cut her teeth as a product manager at Wildfire/Google and at Humin.

In a published letter to the firm’s limited partners, KPCB said that it is accomplishing its goal of bringing new talent onboard. A few partners have left in the past few years, including Matt Murphy (who fired Ellen Pao) and Chi-Hua Chien.

Hiring Feng gives the firm a new managing member for its venture team. It is very much a homecoming for Feng, as he was previously a partner at KPCB, working on the consumer and sustainability venture teams. His resume also includes chief technology and head of strategy for Flipboard, and founding CTO of Hulu.

Wen Hsieh will be joining Feng in a similar management role, after earning himself a promotion. He’s been with the company since 2006, working on enterprise infrastructure, digital hardware, Internet of Things solutions, drones, semiconductors, and sustainable technologies.

Zuckerberg, whose name was reported in the news last month by TechCrunch, will work on the venture team, where she’ll focus on consumer tech. In addition, Square’s Swati Mylavarapu joins the team to focus on digital health and consumer tech, along with Tencent’s Muzzammil Zaveri, who will work on consumer and enterprise. All three had been previously named by partner John Doerr at the TechCrunch Disrupt conference.

With respect to KPCB’s digital growth team, Goldman Sachs’ Alexander Krey and Dino Becirovic have joined to help run the fund, which currently has $1.8 billion under management.

So, for those of you keeping track at home: This week alone, KPCB has added three new female partners to its ranks. Why is this significant? Read this.