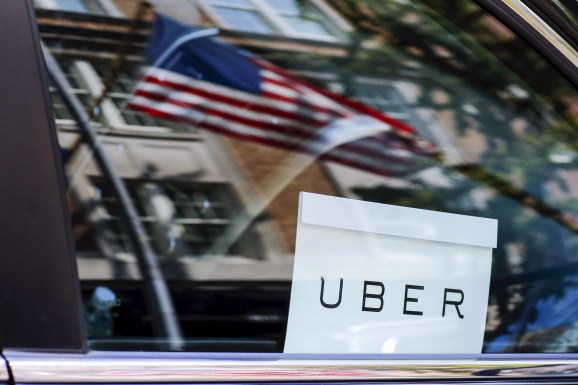 A product of the National Center for Missing & Exploited Children (NCMEC), AMBER alerts, which have been used in the U.S. since 1996, is a system established following the murder of nine-year-old Amber Hagerman. The name is also a backronym that stands for “America’s Missing: Broadcast Emergency Response.”

AMBER alerts are issued across multiple mediums, including TV and radio, and the system has helped recover 772 children since its inception. The advent of near-ubiquitous Internet, however, has enabled new ways of communicating these missing children messages to millions. Google has had AMBER alerts integrated into a number of its products for a while already, and Facebook has embraced the system, as has Microsoft.

Uber first started testing AMBER alerts in Colorado back in July, and, from today, Uber drivers across 180 U.S. cities will start to see AMBER alerts for missing children in their region.

“The AMBER Alert program’s success is built on the ability to reach the right people at the right time with these potentially life-saving messages,” said Robert Hoever, director of special programs, NCMEC. “Uber’s presence in communities all across the country will be an incredible asset and we are proud to team up with Uber to increase the reach of the AMBER Alert program and help bring more missing children home safely.”

While Uber has faced criticism for its business practices in the U.S. and beyond, its driver network covers around three-quarters of the U.S. population, so the fact that it has now embraced AMBER alerts is certainly a good thing. It also further highlights the power of such a vast transport network, which has increasingly been used for services other than transporting people, including delivering meals and other products.