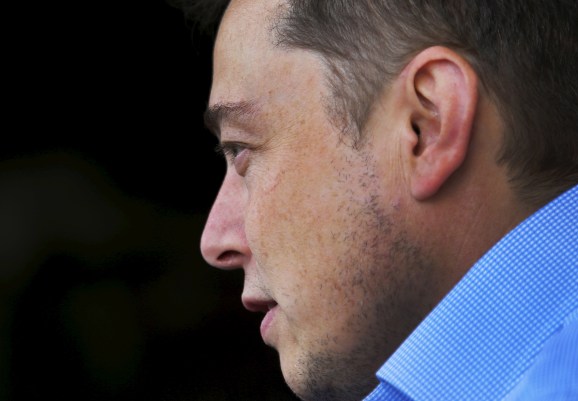 Tesla Motors is now rolling out its much-awaited Autopilot software for the Model S electric car, and it has revealed a number of things about how the autonomous driving system is intended to work.

While an explanatory conference call on Wednesday afternoon lasted less than an hour, Tesla CEO Elon Musk packed plenty of information into his presentation.

Based on the questions we’ve been getting since then, there’s still quite a lot of confusion about what version 7.0 of Tesla’s software is and does.

In other words, it seemed as though a cheat sheet might be needed.

So, here’s our boiled-down summary of what you need to know about the new Tesla Autopilot software, what it is, what it’s supposed to do, and how far along the company has progressed in its development.

Perhaps the most important item, one that Musk stressed repeatedly, is that the Autopilot functions aren’t yet complete.

The very first thing he said in the press call was that this was a “release of Autopilot version 1, and we still think of it as a public beta — so we want people to be quite careful.”

Drivers are strongly recommended to keep their hands on the wheel at all times and stay alert to the need to take back control of their car from the software.

When Autopilot is activated by the driver, the car will keep itself in its lane, change lanes where appropriate if the driver taps the turn signal, avoid vehicles and other hazards around it, speed up and slow down to follow at safe speeds, and, Musk said, generally behave like a safe and sensible human driver.

Today, “in order for it to work really well, you want clear markings on the road or you want to be in quite dense traffic,” Musk said. Those are “the two places where it works really well.”

“Slow-moving gridlocked traffic on Autopilot works super well,” he continued, “almost to the point where you can take your hands off. I won’t say you should [do that, although] some people may — we don’t advise that.”

Similarly, he said in response to a question from Road & Track magazine, “In heavy snow, it’s harder for the system to work; we’d certainly advise caution in heavy precipitation.”

It’s worth noting that no other carmaker in North America would be willing to release software that controls the main driving functions of the vehicle as a “beta test” in which every customer who has paid for the car becomes a willing software tester if they choose to turn it on.

The degree of risk to Tesla, in other words, is high.

2. The key differentiator is “fleet learning”

Every Model S that Tesla has built — even those not fitted with the necessary sensor hardware to implement Autopilot — transmits its travel data back to the company if the owner has given permission.

That data now increases at a rate of about 1.5 million miles per day covered by the 100,000 or so Model S cars on the roads globally.

The data is aggregated (anonymously) into maps that let the central Autopilot system see the precise paths that cars take, and don’t take, and overlay those onto third-party road maps.

“Each driver is effectively an expert trainer in how Autopilot should work,” Musk explained, and the network of Tesla vehicles is constantly learning more about where cars do and don’t actually travel.

Thus the system’s capabilities “will keep improving over time, both from the standpoint of all the expert drivers … training it,” he said, “but also in terms of the software functionality” — which will add new features.

3. Quite a few major features aren’t yet implemented

And “Version 7.1 will [include] self-parking, so the car will park itself in your garage,” he promised.

Tesla will add “lots of cool capabilities over time,” he said, moving toward an ultimate goal of complete autonomy from the start through the end of a trip.

4. About 60K Model S cars (and all Model X SUVs) can use Autopilot

That’s the total number of Tesla cars built since late September 2014, when the company began to fit the necessary sensor hardware to every Model S it built.

All Model X electric SUVs are being built with those sensors from the start, as are all Model S cars henceforth. Presumably Tesla Model 3 and Model Y vehicles will have those sensors as well.

Today, those sensors include:

5. Autopilot blends situational data with its own mapping system

The data about what’s happening moment-to-moment around the car, interpreted from its various sensors, is combined into two sets of mapping data.

The first (and always the fallback) is GPS positioning data from the car’s navigation system.

The second is the Tesla Autopilot central system’s much higher-resolution maps, which have been aggregated from actual Tesla travel data — and which Musk says are one to two orders of magnitude more detailed than GPS and street maps.

6. More sensors may be needed to get to full autonomy

In response to a question from Mike Ramsey of The Wall Street Journal, Musk suggested that the existing sensor suite might not be sufficient to provide today’s Model S cars with full autonomy capabilities in future years.

Those cars’ “sensor suite is not a full-autonomy suite,” he said.

“You would need redundant forward cameras and computing hardware, and 360-degree cameras,” among other sensor additions, he suggested.

In addition, a totally autonomous vehicle would require “a redundant steering rack” and additional redundancy for any “computer systems that could fail” in use.

It’s possible, Musk said, to “do it all with passive optical and one forward radar if driving fast into rain, snow, and dust.”

But, he said, Tesla cars don’t need Lidar for full autonomy. “I’m not a big fan of it, and you don’t need in this use,” he stated, adding, “We do use it in Dragon spacecraft, but I don’t think it makes sense in a car context; it’s unnecessary.”

7. Entirely autonomous cars are 3 years away

The technology site Ars Technica asked Musk when he expected that Tesla would be able to offer a car with full “Level 4” autonomy.

“From a technology standpoint,” he responded, “Tesla will have a car that can do full autonomy in about three years, maybe a bit sooner.”

He defined that as a car that is “able to take you from point to point, without touching anything — you could be asleep the whole time — and we could do so very safely.”

8. But it will take longer for regulators to give permission

However, he suggested that “from that point, to get regulatory approval for full autonomy will vary by jurisdiction, anywhere from another year to maybe several years.”

“The thing that would be convincing to regulators would be how autonomy is working,” Musk said, “lots of data.”

“At the point where the data say, statistically, that it’s much safer to have an autonomous car [than one driven by a human], the regulators will be safer in recommending autonomy” as something that can be made legal.

“I don’t think we should try to make that case right now,” he concluded, “because the data are not there.”

Asked how big a team it had taken to create the Autopilot software, Musk said there were “maybe 50 people” working on the software.

“Generally, with software, you get amazing things done with small teams,” he explained.

On the hardware side, the number was greater, perhaps 100 people altogether. And the size of those teams will grow over time, Musk added.

While retrofitting the 40,000 early Model S cars without the necessary sensor hardware is possible, Tesla Motors has no plans to offer such an update.

“It would require changing a lot of systems on the car, and a new wiring harness,” Musk explained in response to a question.

“If we thought there was some reasonable way to retrofit, we would,” he explained, but it would require fitting radar sensors, 360-degree ultrasonic sensors, and a new wiring harness, among other changes.

That would be “a huge effort at the service center,” requiring a new front bumper and windscreen, as well as taking the car apart to install an entirely new wiring harness.

It’s “technically possible,” Musk said, but there’s “no way to make economic sense” out of such a retrofit.