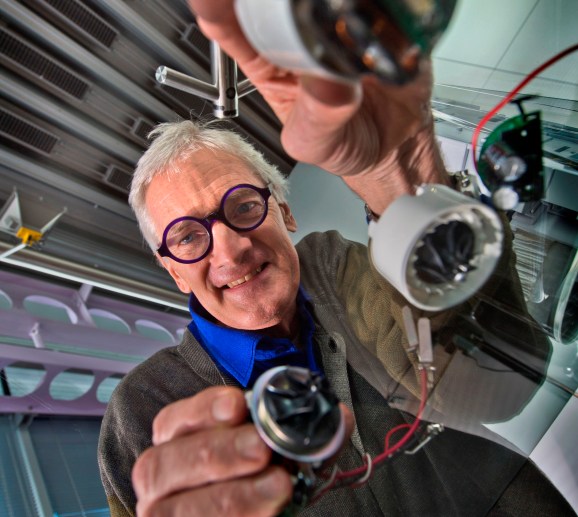 Dyson, the U.K. company famous for its bagless vacuum cleaners, has acquired solid-state battery company Sakti3 in a deal worth $90 million.

The news comes just seven months after Dyson announced a $15 million investment in the company, a spin-out from the University of Michigan. Sakti3 represented one of the first investments to emerge from the $2.3 billion fund Dyson set aside last year to plow into so-called “future technologies.”

Sakti3’s technology is still in development mode, and it could be a few years before we see the fruits of its labor out in the wild. However, Dyson previously revealed it will be the first firm to take its battery technology to market, and with today’s news, it’s going all-in with the company and its technology.

“If we are to continue to create new and disruptive technology we must develop more advanced core technologies,” said Dyson founder James Dyson. “We have invested nearly $310 million into the research and development of the Dyson digital motor, a technology that now powers our most successful machines. We will do the same with batteries. Sakti3 has developed a breakthrough in battery technology, and together we will make this technology a reality.”

Solid state is perhaps better known from the storage realm, notably USB flash drives, and it effectively means faster, more reliable storage devices that contain no mechanical parts. Sakti3’s solid-state batteries are still based on lithium, similar to the batteries you find in your phone, except they contain solid lithium electrodes rather than flammable liquid. This means they have a higher energy density — more power in less space.

So how does this tie in with Dyson, exactly? Well, the company already uses batteries in some of its contraptions, including its cordless vacuum cleaners. With Sakti3 now under its wing, it will “supercharge research and development into the new battery platform, to engineer breakthroughs in performance for future Dyson technologies.”