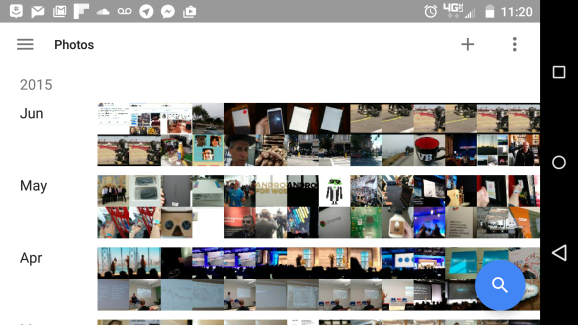 Google Photos on my phone.

Google Photos launched in May with free unlimited storage as a key perk.

Users have made more than 15 million animations and collages with Google Photos, according to a Google blog post. And the service has cleared up more than 3.7PB of storage, as it can back up photos online.