Team communication apps Slack today is announcing the launch of user groups for teams that pay for premium tiers of service. The feature provides more granularity than the channels for group discussions that existed since the app’s earliest days.

That is fast growth. Here’s a chart I made that shows Slack’s daily active users based on publicly available numbers: 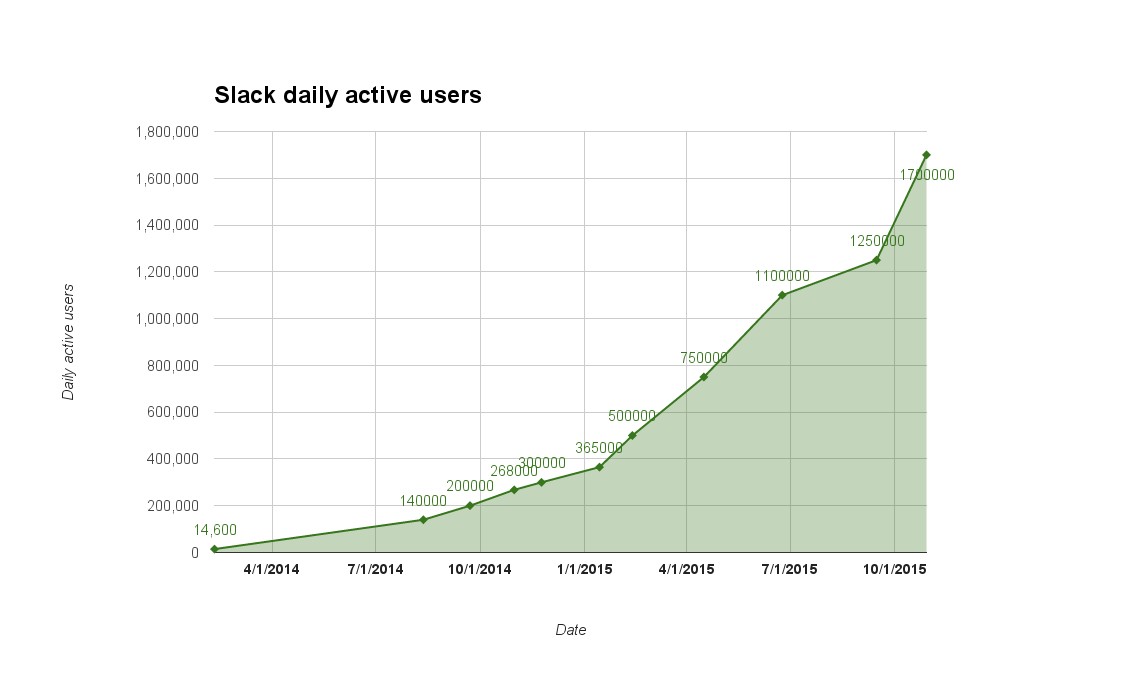 Above: Slack daily active users as of October 29, 2015, based on publicly available numbers.

The growth and the increasing focus on business needs — user groups can hook up to Microsoft Active Directory thanks to integrations with OneLogin, Okta, and Ping Identity — help explain Slack’s $2.8 billion valuation from earlier this year.

Here’s an animated GIF showing the way an admin can send a message to people in user groups:

User groups should be working now for companies that pay for Standard and Plus service, according to the blog post.