The year 2015 heralded a number of notable Internet milestones — the humble .com domain name reached 30 years of age, while both eBay and Amazon reached the grand old age of 20. That the Internet Movie Database, a gargantuan film and TV show encyclopedia better known as IMDb, began 25 years ago as a pre-Web hobby project and is now one of the top 50 most visited websites on the Internet is a notable achievement.

“IMDb is the only pure Internet company that can celebrate its 25th anniversary,” said Col Needham, founder and CEO of IMDb, in an interview with VentureBeat.

Indeed, it was in October 1990 when someone on a USENET group asked:

U.K.-based film buff Needham rose to the challenge, and posted a set of text files (shell scripts) to help plant the seed that would lead to the creation of a searchable database of movie data. This was actually before the World Wide Web was a thing — it wasn’t until August 1991 when Tim Berners-Lee launched the Web as a publicly available service on the Internet.

The birth of IMDb

IMDb, as a brand, wasn’t born overnight. Its shift from a volunteer-led USENET group into a company and online encyclopedic force was an evolution that took almost six years. There aren’t many recognizable brands still on the Web from before 1994, but IMDb is one of them — the service graduated onto the Web via Cardiff University’s (Wales) servers in 1993, before finally arriving at IMDb.com as a fully incorporated company just in time for the Oscars in 1996.

“I combined my twin passions, film and technology, and launched an online downloadable software on USENET — in those very early days, everyone was a volunteer, passionate about film and TV,” said Needham. “By 1995, it got so big. The best way (forward) was to invest and incorporate, and when we incorporated, we hired like-minded people who were equally passionate.”

Before Amazon acquired IMDb in 1998, Needham met up with Amazon founder and CEO Jeff Bezos in London to discuss a potential tie-up.

“Jeff explained Amazon was primarily a bookseller, but would be moving from books to other things, such as video, and he was looking for a site to partner with,” explained Needham. “Maybe a licensing deal, or an outright acquisition. He painted a very clear vision of how IMDb would exist with Amazon as a separate brand. Amazon would use IMDb data to help build one of the Internet’s biggest stores.”

Though no dollar figure was ever revealed for the IMDb acquisition, Amazon actually bought two other companies at the same time — U.K.-based Bookpages and Germany’s Telebook, local online bookstores in their respective countries. The combined value of all three acquisitions was around $55 million.

As an Amazon company for more than 15 years, you would think that IMDb would show more obvious signs of its parent company. There are if you look hard enough, but to the casual visitor, it very much feels like a separate entity, with no heavy Amazon branding. 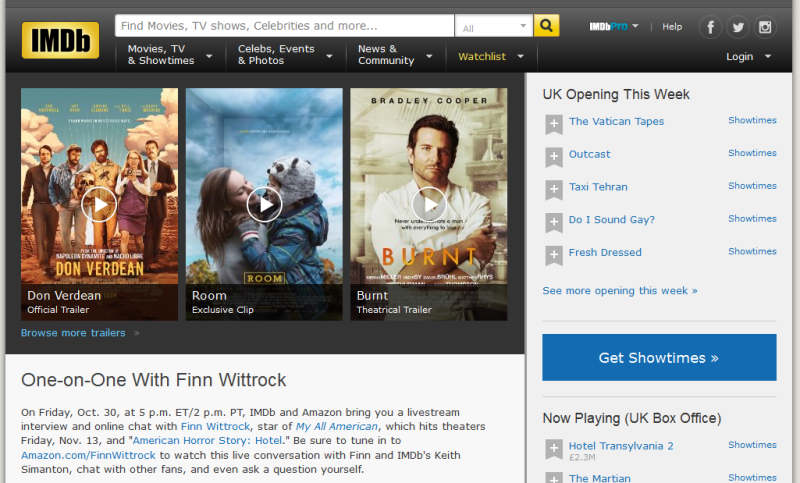 Amazon has traditionally been guarded about revealing certain data, and this is evident to some degree with its movie-focused subsidiary. Unable to reveal a specific figure, Needham said that there are “between 100 and 200” people working for IMDb, split between Bristol (the U.K. city where Needham himself is based), Amazon’s Seattle headquarters, and Los Angeles, home of Hollywood.

To you and me, IMDb is where you go to find all kinds of geeky data on films and stars. But as a company that doesn’t plaster its site with banner ads, IMDb has to make money, and one of these conduits is IMDbPro, a service that lets people manage their IMDb profile, browse casting notices, and generally “network.”

IMDb itself also acquired two companies in 2008 — Box Office Mojo, a service that tracks box office revenue, and Withoutabox, aimed at helping indie filmmakers distribute their wares. Both of these services operate out of L.A., too.

IMDb hosts thousands of videos itself, which can be viewed directly on the site. Through the Withoutabox program, filmmakers can submit movies for distribution and, as part of this process, can choose to have it shown on IMDb too, especially if they don’t secure a distribution deal.

Though Amazon branding is light on IMDb, there are clear integrations between the two services. Not only does Amazon tap IMDb ratings for its own online video services, but IMDb links through to Amazon to try to sell relevant movies and such to those searching its database. But these integrations are also helping to create some pretty cool stuff.

First arriving for Kindle Fire in 2012, before landing on Fire TV and the Nintendo Wii U, Amazon X-Ray for Movies and TV uses IMDb data to serve up relevant information related to what’s happening on-screen in Amazon Video streams. Want to know who that familiar-looking face is, or what other movies they’re in? X-Ray tells you.

“We started thinking about how we could bring IMDb to different platforms,” said Needham. “At the time, Amazon was developing the Kindle Fire tablet, and it was a sort of lightbulb moment. Imagine if you’re watching a TV show, and you can be given added information on actors, trivia, and goofs. I’ve seen 10,000 unique movies, and watching something with X-Ray can bring a new deeper experience.” 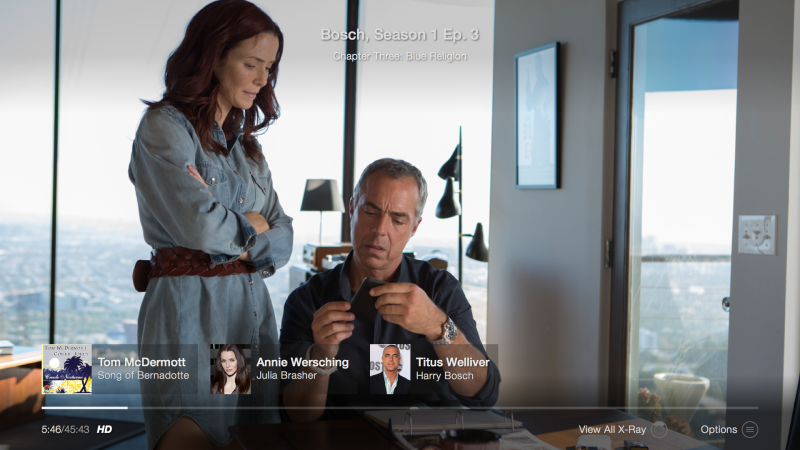 This is actually a major differentiator between Amazon Video and the likes of Netflix. Rather than relying on a second screen to google information, you interact entirely with the movie or TV show you’re watching. 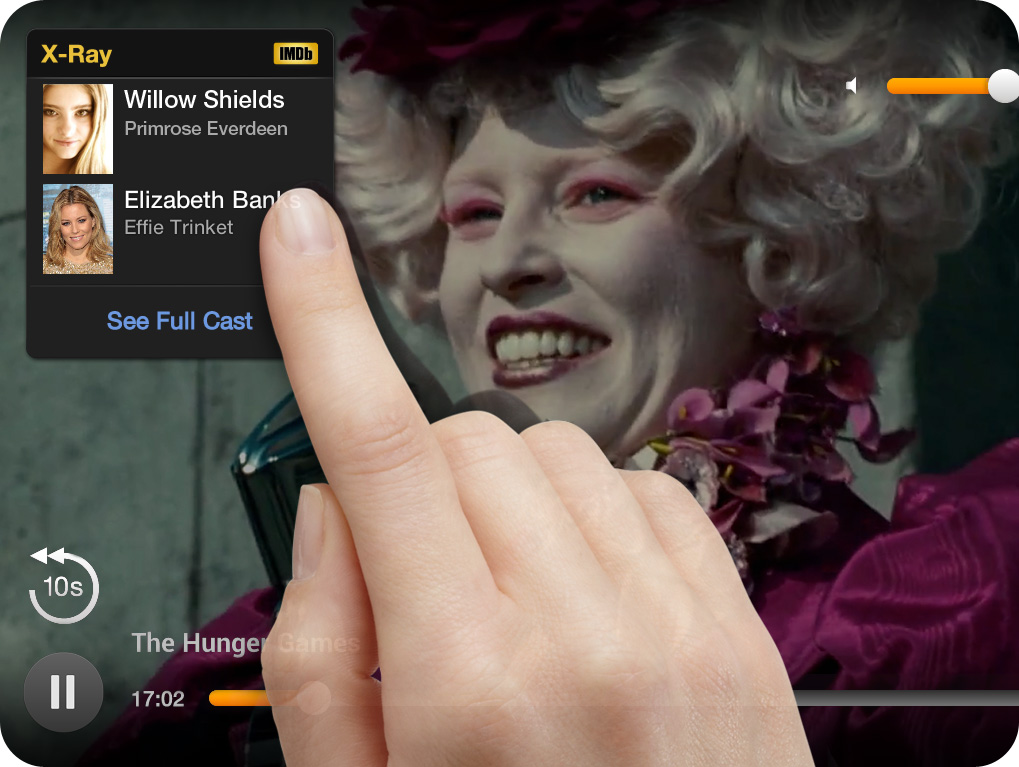 Undoubtedly a question Needham is pestered with every day of his life, we asked the IMDb chief what his five favorite flicks are. And without a second’s pause, he reeled off Vertigo, Inception, North by Northwest, Double Indemnity, and Bringing Up Baby.

Your five films and my five films may differ greatly, but what IMDb has helped create over the past 25 years is a sort of de facto guide used by millions to determine how good a movie is. The IMDb top 250, which seems to be permanently topped by The Shawshank Redemption, is like a crowdsourced compendium of public opinion.

But with the TV series format making a resurgence thanks to the advent of original programming on online streaming services such as Amazon Video and Netflix, IMDb marked its 25th anniversary with the launch of two new TV show charts — Top Rated TV Shows and the Most Popular TV Shows, the second of which is a weekly updated list of the 100 most popular shows based on IMDb page views.

“Our new TV charts are powerful discovery tools, and we expect they will inspire widespread TV binging,” said Needham.

This perhaps partly explains the enduring popularity of IMDb. Regardless of whether you’re a film noir aficionado, action-flick addict, or Breaking Bad buff, IMDb has so much data at its disposal, it can appeal to nearly every type of viewer. And with the mighty Amazon running the show, IMDb can be put to use in new products such as X-Ray, which were built with the modern streaming era in mind.