This is an exciting time for those of us in robotics. We are finally starting to see sales in the service robot category after years of predictions. Silicon Valley companies such as Fellow Robots, whose OSHBot assists Orchard Supply Hardware shoppers, and Savioke, whose Relay robot makes deliveries to hotel guests, are leading the way into the emerging personal and service robotics industry.

And there are plenty more. Fetch Robotics, for example, builds robots that pack boxes for e-commerce deliveries. Bossa Nova Robotics is building a new service robot. Adept produces an all purpose mobile base that can autonomously navigate around. SRI International, Eksobionics, and Pneubotics are all working on assistive technology suits to make workers stronger, or help people with disability or injury. Catalia Health and RobotsLab are incorporating AI into social robots to help people manage their medication or even act as a personal stylist. And more are on the way. 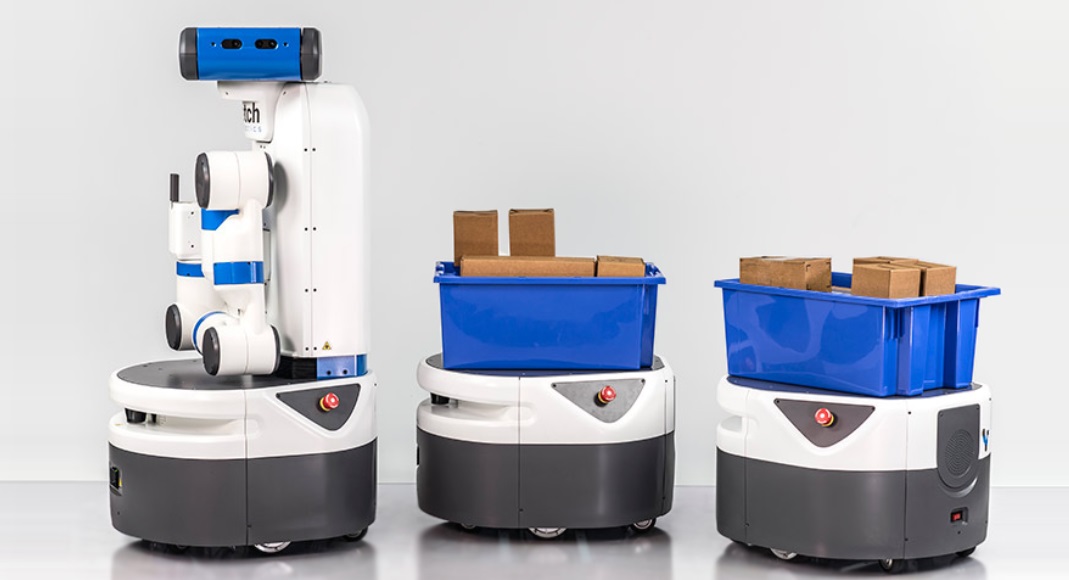 Until now, industrial has been the dominant sector for robots, particularly in the car industry and consumer electronics. In fact, the industrial robotics market is worth more than $32 billion dollars.

Meanwhile, service robotics has, to date, seen a huge gap between research and commercialization. And we’ve seen very few successful personal or service robotics companies, in spite of the pressure of labor shortages and an aging population. 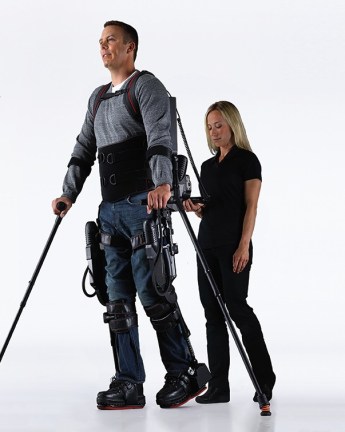 Above: EksoBionics’ exoskeleton robot can help in the rehabilitation of injured military personnel.

However, the service robotics industry is now growing strongly and encompasses all of the new market areas not defined as industrial robotics. It is hard to accurately predict growth here when there is such potential for rapid growth as costs drop, new systems are introduced, and new suppliers start to proliferate.

The International Federation of Robotics has tracked overall annual growth at around 11.5 percent so far and projects more than 20 percent annual growth to come. But some niche areas have already demonstrated growth of between 150 percent (mobile platforms) and 650 percent (assistive technology) in the last year. The primary market areas for service robots so far have been in defense, field (agriculture and inspection), logistics, and health/medical applications.

One of the new categories to emerge in the last year is the humanoid helper, kiosk robot or retail robot. Hot on the heels of this professional service robot category has come a wave of affordable social personal robots, like Jibo, Pepper, Buddy, and Mabu.

The early 21st century saw the first wave of companionable social robots. They were small cute pets like AIBO, Pleo, and Paro. But the novelty of robot toys and pets wore off and for the last 10 years the consumer robotics market has been dominated by utilitarian drones and vacuum cleaners.

But the second wave of social robots has started, driven by the development and spread of smart phone technology and more sophisticated user interfaces. A key factor in a robot’s ability to be social is its ability to correctly understand and respond to people’s speech and to guess at the underlying context or emotion.

Improvements in cloud robotics, computer vision, and AI speed up the likelihood that we will all soon be in daily interaction or conversation with robots. These robots might be our vehicles, our houses, or more anthropomorphic robot friends.

We are starting to see market pull matching technology push in robotics. New market opportunities are arising, partly due to continual improvements in the safety and compliance of robot systems, alongside their simpler more intuitive user interfaces. And the cost of service robotics systems is dropping significantly, putting service robots in reach of many new market partners.

What we want next from service robots

We have the opportunity to democratize health care and many other services with robotics, in roles where our access to human experts and service providers is already limited. Imagine if everyone had access to the experts we needed, whenever we needed them? At the end of the day, the value proposition for service robotics is supporting workers to do existing jobs better, faster, safer, and at scale.

The robots we are looking for don’t actually replace people but augment aspects of our lives or jobs that are unpleasant or just not getting done. We don’t want Rosie the robot maid, because most of us don’t have maids anymore. We want extra robot hands in the kitchen or smart moving tables in the house. We want robot vacuum cleaners and laundry folders.

And what is becoming clear, as robotics catches up to computerization, is that we don’t just want faceless AI and automation. We already have robocallers, auto shopping suggestions, personalized advertising, and tailored health programs.

We want to keep a level of sociability in our lives and real people aren’t available then maybe a robot assistant will do. We know that pets improve the quality of our lives significantly. It turns out that robots can too.