San Francisco voters have made their opinions known today, having struck down a ballot initiative that would have limited short-term rentals within the city limits. Proposition F, as it’s known, sought to curb the number of days a host could rent a room or property to a total of 75 per calendar year. The measure’s main opponent was Airbnb, which reportedly sunk more than $8 million into campaigning against the restriction.

In the initial ballot count, 61 percent of voters rejected the “Airbnb law” versus nearly 39 percent who voted in favor. But as additional results were released throughout the night, the gap decreased. With 100 percent of all precincts reporting, Proposition F has failed to pass by a margin of 55 to 45 percent.

Airbnb released a blog post and statement soon after the official results came in: “Tonight, in a decisive victory for the middle class, voters stood up for working families’ right to share their homes and opposed an extreme, hotel industry-backed measure. This victory was made possible by the 138,000 members of the Airbnb community who had conversations with over 105,000 voters and knocked on 285,000 doors. The effort showed that home sharing is both a community and a movement.” 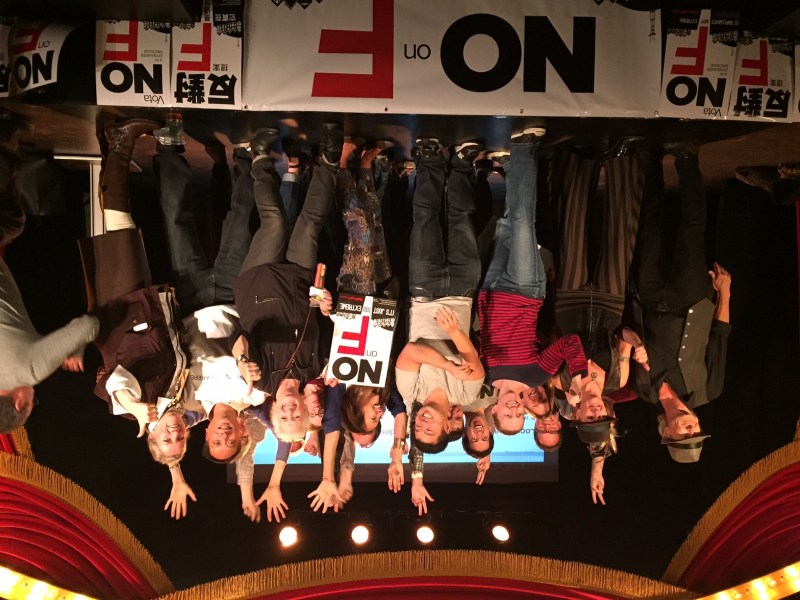 The No on Prop F campaign issued a similar statement, with campaign manager Patrick Hannan saying, “City residents have rejected the divisive policies of Prop. F and demonstrated their support for the middle class San Franciscans who depend on home sharing to pay their bills and stay in our community.”

Proposition F, if it had passed, would have required individuals to remove unit listings (on platforms like Airbnb) for short-term rentals once the unit had been rented for more than 75 days within a year.

Additionally, hosts would have been required to register with a city agency and to submit quarterly reports on their rental units. What’s more, interested parties could have sued residents and hosting platforms for violating these rules.

It’s worth noting that Proposition F’s aim was to tighten existing regulations. In 2014, after a rather contentious battle between residents and supporters of Airbnb, the city passed legislation that made the company legal, but with some restrictions, such as that residents must live in the unit as their primary residence for no less than three-quarters of a year. Eventually, the city created the Office of Short Term Rental Administration and Enforcement to streamline host registrations and investigate violations.

But activists who felt that Airbnb and other home rental services were among those to blame for the housing crisis that exists within San Francisco sought to further limit the company’s ability to do business. They allege that hosts continue to disregard the law, and that unregulated properties are doing damage to the affordable housing market.

According to Business Insider, if Proposition F had passed, the city could have lost $58 million in tax revenue from Airbnb over the next decade. Estimates also predicted that the city would have lost another $6 million in annual revenue related to the hosting industry.

In the weeks leading up to today’s elections, the debate over Proposition F became increasingly contentious. Airbnb was forced to apologize after its snarky outdoor ads were heavily criticized. And this week, supporters of the ballot initiative barged into the company’s headquarters in San Francisco to express their frustration with Airbnb’s role in the community.

Airbnb will be holding a press conference on Wednesday morning in response to today’s vote.