(By Masaru Ikeda, The Bridge) – Mobingi, a Japanese startup based in Tokyo and Silicon Valley, announced on Friday that it has fundraised $125,000 from 500 Startups and is participating in the 15th batch of the 500 Startups acceleration program beginning October 13th. The latest funding follows their previous seed funding from Digital Garage back in January of this year.

According to Mobingi CEO Wayland Zhang, his company plans to make the Mobingi platform compatible with other cloud services like Microsoft Azure, Softlayer and Google Cloud Platform, but first they are focusing on AWS and trying to spread word of the service through AWS user communities. They have acquired outstanding companies as clients such as Yamada Denki (major consumer electronics retailer chain in Japan), Digital Garage, University Press Center of Japan, Digital Cube (providing system integration focused on content management system) and Japanese gaming developer G&D. 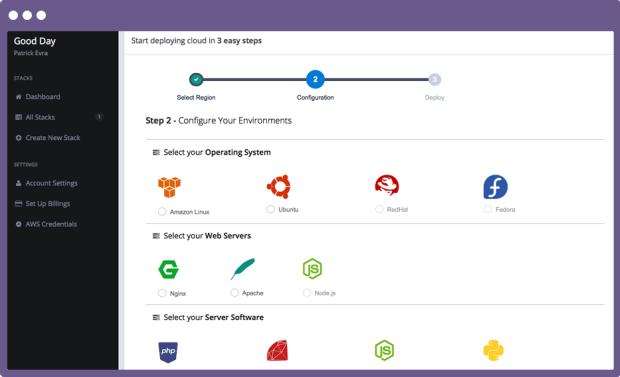 Graduated from the 9th batch of the Open Network Lab accelerator, Mobingi participated in the Tokyo preliminary event of the Slush pitch competition in October last year, followed by incorporation of Mobingi K.K. and securing of seed funding (2 million yen or about $16,000) from Digital Garage this January. They have been exploring another funding opportunity in Japan for further service development, but they recognized it’s hard for cloud or PaaS (platform as a service) developers to gain funds in Japan and subsequently set up Mobingi Inc. in Silicon Valley to fundraise in the US. While they are participating in the latest 500 Startup incubation batch, many members of the engineering team are working out of Tokyo.

The members of the Mobingi team are a dazzling selection. Graduating from University of Toronto in Canada, CEO Wayland Zhang joined the country’s largest online ad platform Clicksor.com. Subsequently he founded several startups in Beijing as a serial entrepreneur. Yasuhiro Horiuchi, former CTO of Japanese mobile gaming company Gumi (TSE:3903) who is also known as a former AWS evangelist, had been serving Mobingi as an advisor but he joined the board of directors this time around. Shingo Yoshida, formerly evangelist at AWS-focused system integration company Iret, also joined the team as a senior advisor.

According to the Mobingi engineering team, what differentiates Mobingi most from other similar platforms is the database clustering feature. While load balancing for web apps are relatively easily installed on many cloud services, database clustering typically requires a lot of work as well as time for installment and configuration. By simplifying this process, Mobingi helps engineers secure fault tolerance and performance of service maintenance.

In addition to the Mobingi platform, the company also provides a freemium PaaS (platform as a service) for freelance developers, called moCloud with the intention of marketing services.

We’ve recently seen more than a few cases of evangelists and engineers from AWS Japan founding businesses or changing jobs to startups. The diagram below shows you how they are migrating in the Japanese startup scene including Mobingi. Horiuchi said a cloud engineering-ecosystem of startups are being formed in Japan, where they change jobs to cloud-focused startups or move to a cloud-oriented department at a big company.