The watch ships with an interesting promise: After two years, when the smartwatch becomes obsolete, you can trade it in for a $1,500 mechanical watch. That mechanical watch will look “just like” the Tag Heuer Connected smartwatch, the company said during its launch event in New York.

“We are the only brand where you can buy a connected watch and transform it into eternal,” said Tag Heuer CEO Jean-Claude Biver.

In an emotional speech, Biver praised the device as a “wedding” between Silicon Valley and Switzerland:

The unveiling turned out to be pretty bizarre by tech event standards. It ended with a ceremonial cutting of the Swiss cheese, before opening up to an audience Q&A.

Not the first ‘luxury’ smartwatch

Google calls this smartwatch “the first luxury watch powered by Android Wear,” but Tag Heuer isn’t breaking ground today. Apple already retails a handful of luxury Apple Watch models priced as high as $17,000, and LG sells a $1,200 gold smartwatch called the Urbane Luxe. Actually, TAG Heuer isn’t even the first Swiss-made smartwatch. Mondaine technically beat it to the punch. And it doesn’t appear to be the first Intel-powered Android Wear smartwatch, either — Fossil did that in October. 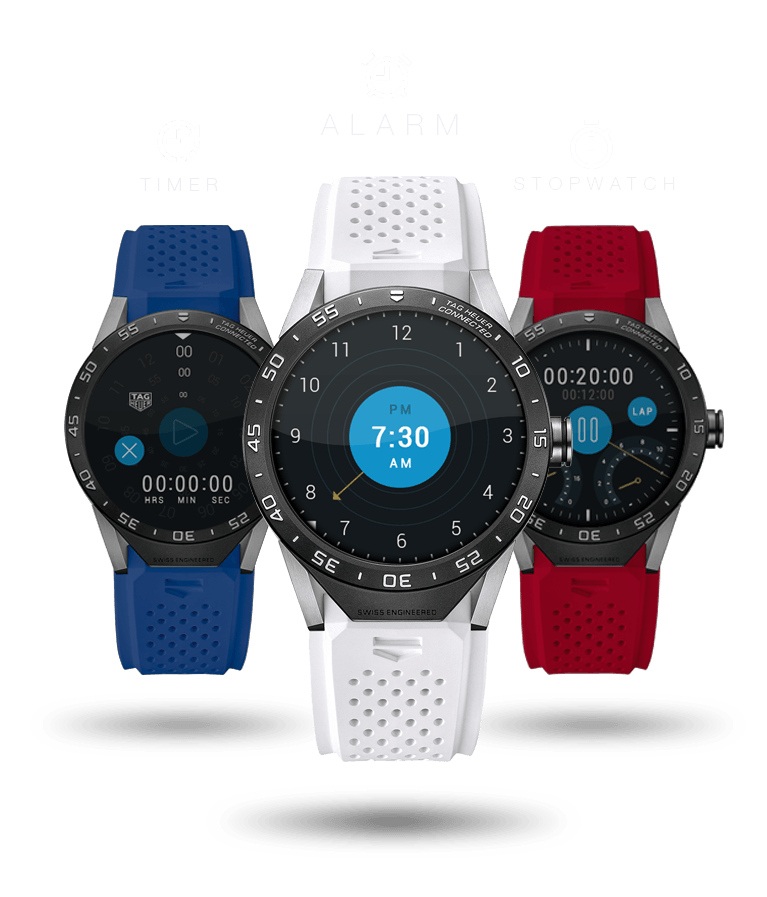 This is certainly an interesting moment for the smartwatch industry — to see a Swiss watch maker with so much clout embrace Google’s imperfect Android Wear platform. It’s bittersweet, if not plain sad, to watch a seemingly timeless craft give way to a smartphone accessory.