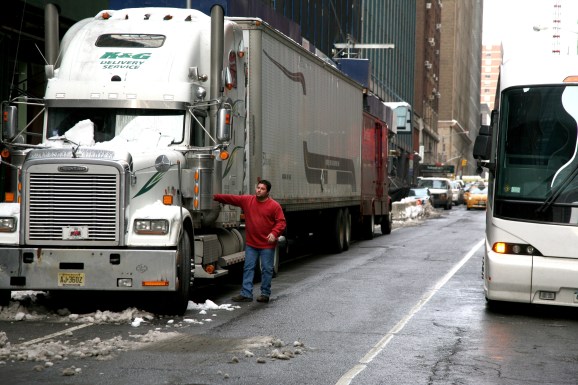 Transfix is the latest beneficiary of the logistics boom, as VC firms hunt for the next “Uber for trucking.”

The New York company revealed today that it raised a $12 million series A, bringing its total funds to at least $14.5 million.

As tired as investors are of hearing that a startup will become the Uber or Airbnb of anything, the transportation model seems to resonate. Just this year, the “Uber for trucking” pitch has gotten so much attention that seven companies with this aim have raised $63.25 million so far — that’s $6.7 million less than the sum those same companies raised in their entire prior existence.

Since July, Trucker Path raised $20 million, Cargo Chief raised $10 million, and Convoy put $2.5 million in the bank. Counting Transfix’s latest investment, more than 60 percent of the category’s capital was put together in the past 4 months.

“Every year in the U.S., trucks drive enough empty miles to reach Mars 350 times. It’s a colossal waste of time and money that hurts shippers, drivers, and the environment,” said Drew McElroy, cofounder and CEO of Transfix.

This category, however, could be a hard bull to tame — especially with so many different players trying to ride it. As transportation analyst Jack Atkins told the Wall Street Journal late last month, “Truckers are very reticent to adopt the technological options that are out there.”

“There are a lot of moving pieces, and I don’t see an app from a non-industry player — just given the complexities of the truckload market — really coming in and having a disruptive impact,” Atkins told the paper.