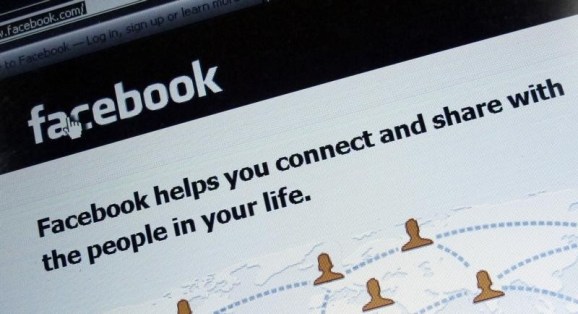 (By Alex Whiting, Thomson Reuters Foundation) – When Nicole was aged 17 and her mother was sent to prison for white collar crimes, she met a man on Facebook who offered to take care of her.

But instead of looking after her, he sold Nicole to men across the United States from Texas to Washington D.C.. It was only when she was in her early 20s, after being badly injured in a vicious rape, that she was finally able to escape sex work.

Nicole’s experience is not unique.

Traffickers worldwide are increasingly using social media to contact vulnerable teenagers and sell them into sex work, quick to adopt the latest online platforms popular with teenagers that has created new challenges for law enforcement agencies.

Once limited to luring victims in the street, traffickers can now message thousands of people through Instagram, Facebook, Kik, Tagged and Twitter, with WhatsApp and Snapchat some of the latest tools in their arsenal.

“If just one of them answers … traffickers can make thousands of dollars off that girl very quickly,” said Andrea Powell, founder and director of FAIR Girls, a U.S.-based NGO which helps trafficked girls worldwide, including Nicole.

Powell, accompanying Nicole to the Trust Women conference on trafficking and women’s rights this week run by the Thomson Reuters Foundation, said a growing trend in the United States is to use WhatsApp or Snapchat where messages evaporate over time.

“In some cases you have really stupid traffickers who leave mountains and mountains of email trails,” said Powell.

“But most of the time everything’s done through different applications on different sites so law enforcement is having to learn how to use these … It’s a whole different ballgame.”

Europol, the European Union’s police agency, said social media and other online technology have not only taken the recruitment and selling process off the streets but also allow traffickers to control victims using remote surveillance.

But it does mean traffickers and victims leave permanent traces which can help police to identify them, Europol added.

No one at Europol was available for further comment.

Britain’s National Crime Agency said the use of social media by traffickers is an emerging trend, but the agency does not have hard data of how widespread it is.

Globally, nearly 21 million people are victims of human trafficking, a $150 billion industry, according to the United Nation’s International Labour Organization. An estimated 4.5 million of them are forced into sex work.

FAIR Girls said about 90 percent of the people it helped in Washington D.C. and Maryland had been sold online. Most of them had been sexually abused and were in foster care, with traffickers getting a psychological hold on them.

“This kind of thing happens all the time,” said Paris, whose network has led to more than 350 trafficking cases since 2011 and identified about 650 trafficking victims.

With Facebook alone having more than 1.5 billion users and its online messaging service WhatsApp with 900 million users, social media has opened up a new world for traffickers.

In Indonesia most teenagers use Facebook and some Twitter, says ECPAT Indonesia, an NGO fighting child sex trafficking.

“Most child traffickers use Facebook to get close to and manipulate their victims,” Ahmad Sofian, national coordinator of ECPAT Indonesia, said by phone from Jakarta.

They lure them with promises of jobs in restaurants or shops then sell them into sex work, said Sofian, who has researched the exploitation of children via social media in Indonesia.

The country’s first prosecution of an online trafficking syndicate was in 2010. The traffickers posted photos of children on Facebook, and customers booked them through chat rooms like Yahoo Messenger or mIRC. The children were sold for $45 to $60.

Lawyer Van Ngoc Ta, who works for anti-trafficking charity Blue Dragon Children’s Foundation in Vietnam, said young women were often fooled into believing they were in a relationship online but ended up a sex slave after going to meet that man.

“The men pretend to love them but sell them into the sex industry in China. These women, ashamed and alone, don’t know where to turn,” said Van Ta, also a speaker at Trust Women.

Turning the tables on traffickers

To combat traffickers, experts say more children should be targeted in public awareness campaigns through social media, and vulnerable children encouraged to speak to trustworthy people.

Facebook said its users are encouraged to report content that violates its policies, including any connected to human trafficking, while teenagers are given additional safety and privacy features on their accounts which block public searches.

Snapchat has guidelines on staying safe online, and a trust and safety team to deal with reports of abuse. It said it works closely with Thorn, an organization which provides technical innovation to fight the sexual exploitation of children.

WhatsApp was contacted for a comment but did not reply.

Mark Latonero, who heads the Technology and Human Trafficking Initiative at the University of Southern Carolina, said social media platforms leave traffickers exposed to investigators but the huge volume of posts makes it difficult for police to identify an actual victim, survivor or trafficker.

“Traffickers are using the scale and popularity of online services to essentially hide in plain sight,” he said.

“Even if we identified all traffickers or victims online, law enforcement and social services lack the manpower and resources to effectively respond,” added Latonero, who is also a fellow at the U.S.-based Data and Society Research Institute.