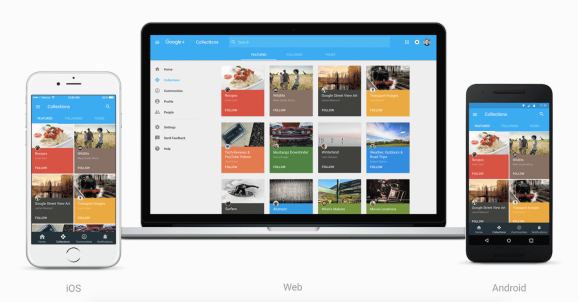 Google has redesigned its Google+ social network to become more mobile-friendly and help make “life easier for people.”  The first area of focus is Google+ Communities, a product that debuted in 2012 to rival Facebook Groups. Google said that an average of 1.2 million new people join a Community every day.

The focus on mobile is especially interesting as the company tapped Luke Wroblewski, a well-respected interface designer and founder of the polling startup Polar, which Google acquired in 2014. He has been working to make the design more accessible and consistent across devices, and updated apps for iOS and Android are supposed to roll out “in the coming days.”

Wroblewski wrote on his Google+ account that the redesigned site isn’t limited to just Collections and Communities; other improvements include streamlining how you post, search, connect, and follow topics and people. And, of course, performance issues are always being addressed.

Much has changed since the inception of Google+ years ago: It no longer has a shared circles feature, no longer requires you to use your Google+ profile as the core identity platform, has removed its commenting from YouTube, and has extracted its popular Photo service, which has grown quite rapidly on its own.