Apple has launched its first every battery case, as the Cupertino company looks to further capitalize on the lucrative accessory market.

The core raison d’être of the case is to make it easy for you to charge your phone without having to carry a charger and find an electrical outlet. With the flip of a switch, the case essentially gives you an on-the-spot power source that promises additional talk-time of more than a day (25 hours) and Internet use of 18 hours (LTE). In other words, if you normally have to charge your iPhone once a day, this case will mean you only have to charge it every second day, which will be useful for those traveling in remote locations without easy access to electricity. 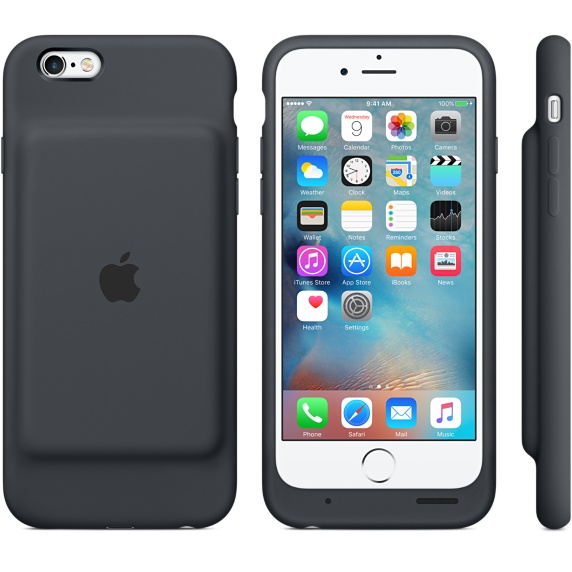 Compared to Mophie’s incarnation, which also costs $99, Apple’s smart battery case promises an additional 10 hours of talk time / Internet time. But more than that, the key benefit of Apple’s case is that the case works directly with iOS to display remaining battery life in the notification center and lock screen.

This is actually a major blow to accessory-makers such as Mophie. Given the choice between a third-party case and an Apple-branded case — which costs the same — there is little question which version consumers would be most likely to go for. Especially when Apple’s promises more bang for their buck.

Of course, this isn’t the first time Apple has encroached on other companies’ territory. Back in September, Apple launched a stylus called “Pencil,” similar to the “Pencil” stylus that a company called FiftyThree also sells through the Apple Store.

Poor battery life is one of the major problems that has blighted smartphones since their inception. Whoever figures out a way to pack more juice into a 5.5-inch device will make a lot of money — until then, accessories such as Apple’s Smart Battery Case will continue to lure customers.