In mid-November of last year, Hong Kong-based startup Ambi Climate raised $115,000 on Kickstarter (off a goal of $25,000), to build a “smart add-on for your air conditioner,” complete with an iOS and Android app that acts as a monitoring and control hub.

The team shipped 200 beta units initially, followed by about 1,000 units this August, to early backers. Founder Julian Lee was in Singapore this week as part of the launch here, the company’s first market beyond Hong Kong. Local retailer Challenger is running a first-batch promotion with 60 units to get an idea of consumer response. Perhaps surprisingly, they have yet to secure an offline distributor in Hong Kong.

The $179 Ambi Climate unit is a small, plastic, white rectangular device that doesn’t feel especially premium (there’s no metal finish, for example, and it’s extremely light), but is good enough for a first generation product.

It would be expected to sit on something like a living room or bedside table. It interacts/communicates with the AC unit via infrared, and should be within about 8 meters of it (line of sight). Bouncing the infrared off a single wall is usually not a problem. Two is more challenging. 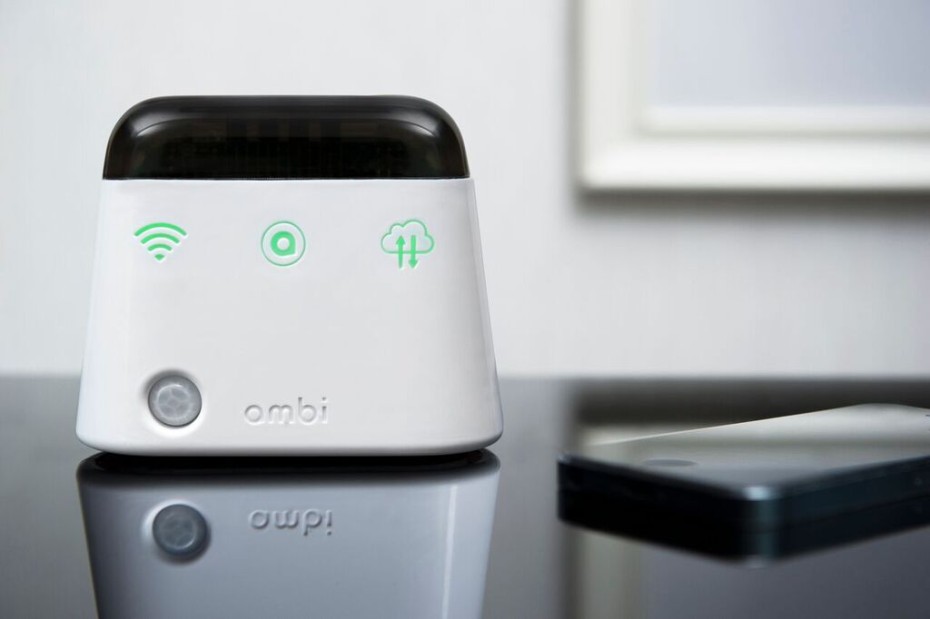 “I’d say the big [problem] to begin with was definitely setup,” Lee told VentureBeat in an interview. “Setup was a lot more challenging than we expected. It was one of those things — everything works in the lab, but the moment you go out to the field, you face a lot of problems that you never thought about.”

Hong Kong’s excellent Internet infrastructure meant that the team was taken by surprise when users in a less-developed market like Thailand reported problems with lag (ping time between user and Ambi Climate server). This included time-out problems during setup. Some APIs didn’t perform as expected — or as they had done in Hong Kong tests. In a very few cases, refunds were issued.

“I don’t think we’re at a point yet where your average grandma could pick this up and install it,” Lee said. “That would be a little bit of a stretch right now. Even if you look at Nest in the U.S., they kind of went through the same thing. They have professional installers when needed.”

The Ambi Climate smartphone app uses a simple feedback-based system to regulate room conditions: hot, cold, or comfortable. The AI then learns what is comfortable for that individual user — something that’s “very personal,” Lee said. AC units will switch on and off to maintain a comfortable room environment, based on that feedback. In a hot and humid market like Singapore, it will probably turn on for about 10 minutes once every two hours.

In Hong Kong and Singapore, two core markets for the startup, the Ambi Climate device should work with around 90 percent of AC units — ones older than about 15 years may struggle for compatibility. Saving energy (up to 20-30 percent) is also part of the startup’s pitch to buyers and backers.

While not currently incubated at any accelerator, Lee said the team enjoys a “good relationship” with Hong Kong-based hardware accelerator Brinc, whose PMQ (Central) location is just up the road from Ambi Climate’s office in Sheung Wan. Next year, the team will look to raise a further round of funding (not crowdfunded), and has some key business development milestones they want to hit.

“We’re exploring opportunities with carriers, property developers, and utilities in the region,” Lee said. “With the utilities side, it’s really about peak loading and dynamic pricing. In pretty much every country, there’s a peak power problem. In some countries, the peak power demand is at like 3 p.m. or 4 p.m. on a hot day. In other countries, maybe it’s when everyone gets home at night at 7 p.m. or 8 p.m.”

“During those peak power demands, a lot of power utilities need to run at ‘peak appliance’ for that loading. These dynamic demand-response programs are starting up around the world.” For Ambi Climate, there’s an opportunity to use its comfort model for that demand response.

That’s part of a larger opportunity to work with operators in Southeast Asia. Carriers are still one of the big players bringing technology into consumers’ lives, because they have the power to preload apps and software (also known as ‘bloatware,’) onto smartphones. For a startup like Ambi Climate, that’s an opportunity to work with “trusted brands” and build consumer recognition.

Ambi Climate sees its core value as being on the software-side AI, rather than the hardware. Going forward, providing API-level integration with cloud platforms of the big AC manufacturers represents a huge untapped potential — one that could help turn the startup into a much heavier big data player. Privacy concerns would remain a hurdle in what Lee sees as a “privacy-conscious” part of the world. A freemium model with data-mining is something they could explore down the road. But they’re not there yet.

“For insurance companies, is there any meaningful information [from our data] to be learned about health?” Lee mused, in reference to big data applications around what Ambi Climate is doing. 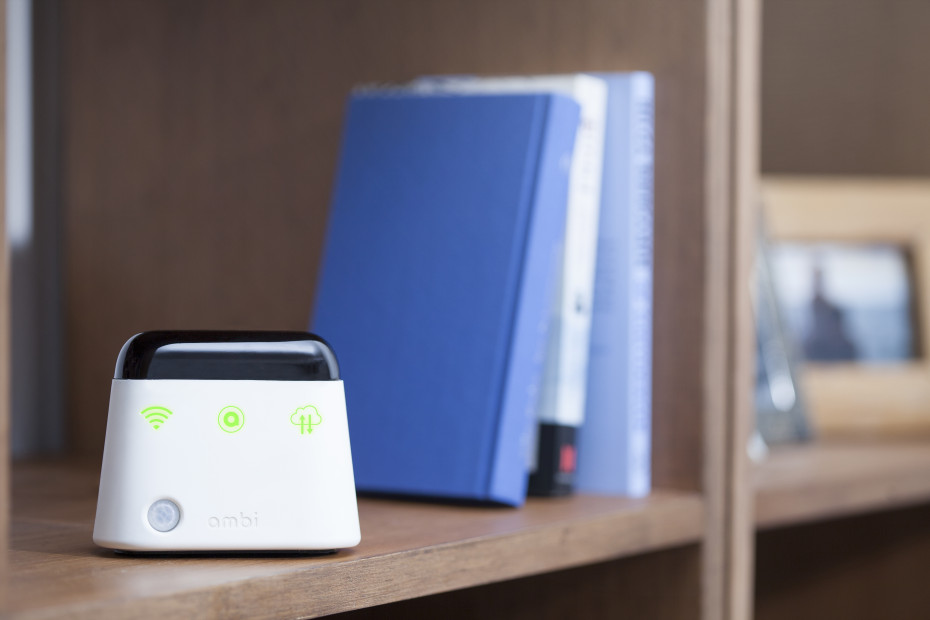 Lee is a Mechanical Engineering major from Imperial College London. He previously worked in strategy consulting at Accenture, as well as five years in private equity at a Hong Kong-based firm. He said he initially approached the startup scene from the perspective of an angel investor, before deciding to jump into his own venture. The team is now at 20 people.

Going into 2016, Ambi Climate is looking to raise $2 million. Dongguan (China), rather than the better-known Shenzhen, remains its manufacturing hub. As all of the company’s valuable IP lives on the software side, Lee isn’t fearful of IP theft on the hardware side.

“Next year, we’re projecting [to ship] in the several tens-of-thousands of units,” Lee said. “There may be a facelift involved, and we’ll continue to explore how best we can optimize the hardware as we scale up.”

Ambi Climate already has customers in 39 countries, but 50 percent of those are in Hong Kong and Singapore. Beyond those two core launch markets, affluent countries in Asia — like Japan, Taiwan, Australia, and New Zealand — will be key. China is less of a priority market, due to a saturation of local players and a race-to-the-bottom hardware environment (at least in terms of pricing, as well as discount software).

“A lot of the money that we make is actually put back into marketing, because we think there’s a lot of education involved with the consumer,” Lee concluded. “This is a completely new concept [to them]… Wearables is a ‘thing,’ but smart-home IoT tech is not there yet… At the moment, we’re still focused on trying to break open that market.”