At long last, Twitter has updated its Mac app with a new look.

If the design doesn’t feel all that fresh to you, there’s a good reason for that. Twitter announced this redesign two months ago during its developer conference. The unveiling was a bit frustrating, as the company declined to announce a release date for the app. Well, it’s arrived. 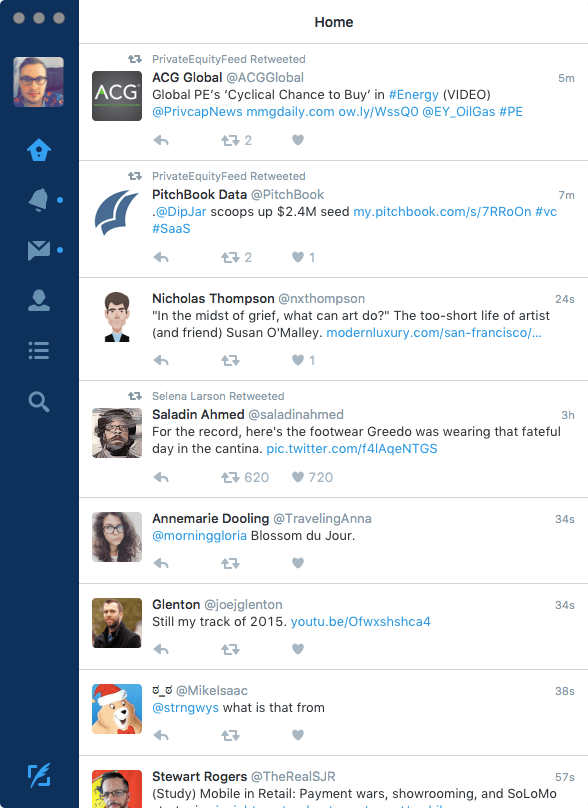 Above: The redesigned Home view 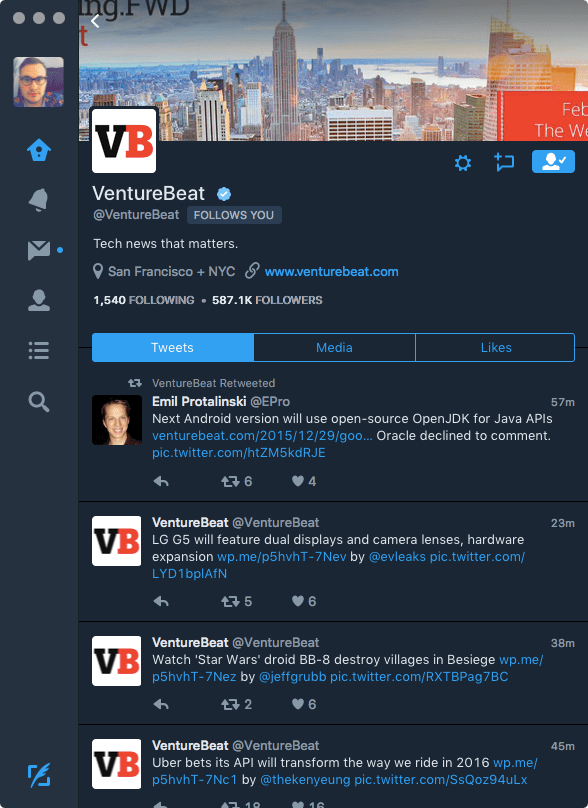 Above: The optional dark theme