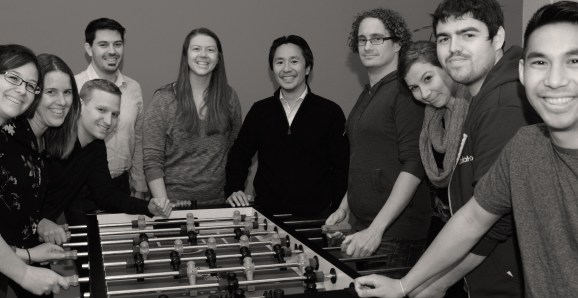 The DataHero team. Neumann is fourth from left.

Cloudability, a startup with a tool that helps companies track their spending on public cloud infrastructure, is announcing today that it has acquired DataHero, a startup with an easy-to-use data-visualization service. The deal is interesting because both cloud software startups emerged at around the same time but have been operating in different markets.

For now, Cloudability will continue to operate DataHero as it currently stands, Cloudability founder and CEO Mat Ellis told VentureBeat in an email. Here’s how he described the plan for the near future:

Build a connector so folks can use DataHero to easily ingest business facts (invoiced $ from Zuora, conversions from Google Analytics, etc. + future DataHero integrations) into Cloudability and get meaningful derived metrics, like IT cost per new customer, or unit contribution margin after COGS [cost of goods sold]. Save money on research and development by reusing technology across both products. For instance, we both have an awesome dashboard which cost a lot of money to get right. No need to do that twice going forwards.

It’s not easy to do business in the data visualization, data analytics, and business intelligence markets, all of which swirl together, to a degree. Many startups with these types of services have been snapped up: Cloudera bought DataPad, Salesforce bought EdgeSpring (and used the technology to build its Analytics Cloud), Zendesk bought BIME, Microsoft bought Datazen, and so on. 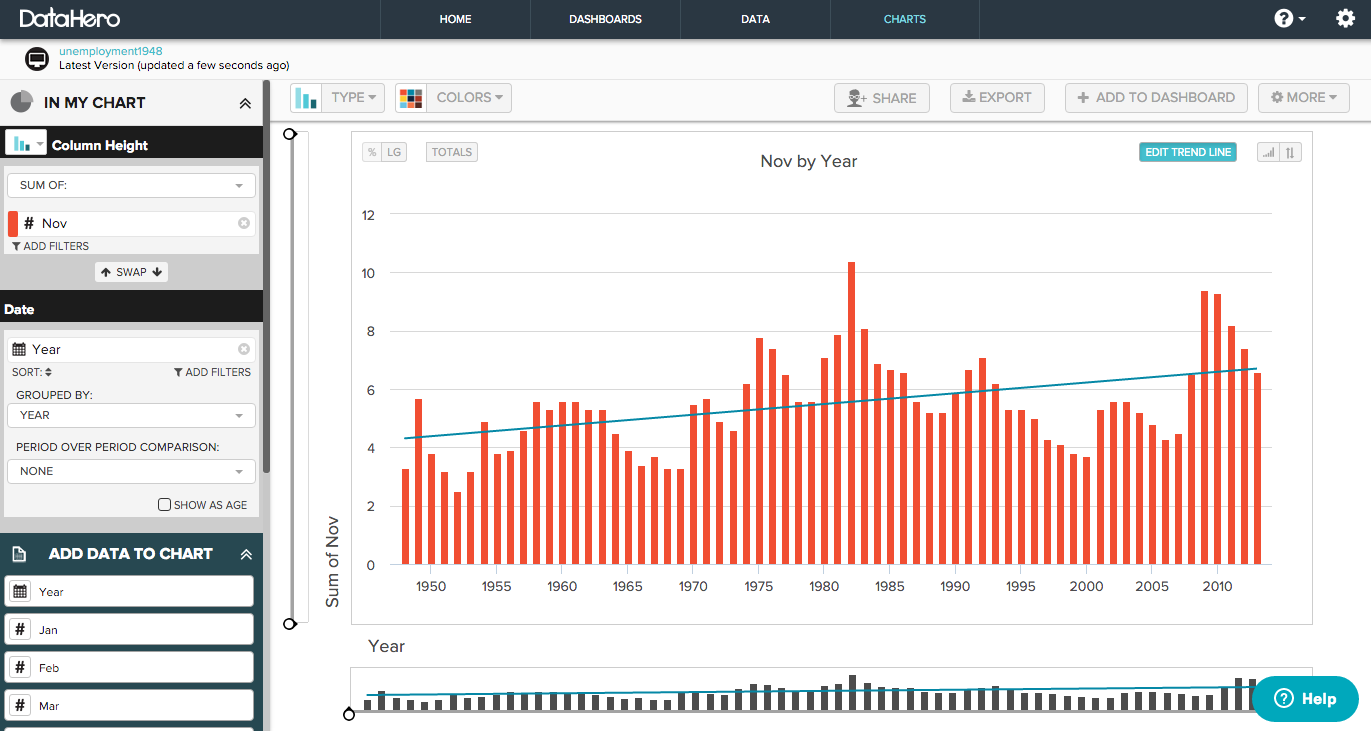 Above: A chart I made quickly in DataHero.

Cloudability, meanwhile, has been on a roll with acquisitions, which include CloudVertical, RipFog, and Attribo. As more companies adopt the public cloud, it makes sense to have tools that can help them understand their bill and optimize spending. Amazon Web Services has more than 1 million customers, and it now fetches Amazon more than $2 billion per quarter. Amazon Web Services does offer some cost-monitoring tools, but third parties like Cloudability and competitor Cloudyn are independent and focused primarily on their products.

DataHero had raised more than $10 million in venture funding, including the $6.1 million round announced last May. Investors include Foundry Group (also a Cloudability investor), Neu Venture Capital, Dave Kellogg, and Tasso Argyros. At the time of the funding round, DataHero had nearly 200 customers.

Ellis has a blog post on the news here.

Updated at 9:53 a.m. PT to reflect that DataHero’s chief executive was Ed Miller. He took over that role from cofounder Chris Neumann in June, Ellis said.