The largest classifieds website in the U.S. is undoubtedly Craigslist, which has been one of the most popular portals for advertising local services and items-for-sale for two decades. While Craigslist has long expanded into new markets and languages, another company has been heading the classifieds fraternity in the U.K. since the turn of the millennium: Gumtree.

Founded in 2000 by London traders Simon Crookall and Michael Pennington, Gumtree was originally set up to connect New Zealanders, Australians, and South Africans who were planning to move to the U.K. capital. It served as an online hub for those seeking jobs, accommodation, and contacts. Five years later, having already expanded to a number of key conurbations around the world, Gumtree was snapped up by the mighty eBay for an undisclosed amount. This move came nine months after eBay bought a 25 percent stake in Craigslist.

Gumtree remains the top classifieds website in the U.K., notching up 15.3 million unique visitors every month. It’s generally free to use, but some listings (such as cars) come with a fee, and users can pay to promote any ad that they place. In 2015, almost 38 million people in the U.K. bought, sold, or posted something on Gumtree, which sees 1 million items listed every day. There were also 250,000 jobs posted, and six million cars listed for sale.

Today, Gumtree is undergoing a significant upgrade, almost its first since its inception — with a new logo, new brand identity, and a slew of updates to its mobile and desktop apps.

VentureBeat caught up with the good folks at Gumtree to get the lowdown and learn more about the thinking behind the refresh. 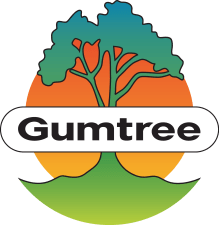 While Gumtree is the top online classifieds service in the U.K., it isn’t anywhere near the top digital service overall. And this is something the company wants to change.

“Everywhere else in the world that has a classifieds site in a developed ecommerce market, those sites are among the top 10 in the country,” explained Hannah Wilson, Gumtree’s head of marketing, in an interview with VentureBeat. “We just weren’t seeing that in the U.K. We’ve got 15.3 million customers every month, but our ambitions are a lot bigger than that — we want to be a brand that everyone is using.”

Part of this evolution, according to Gumtree, is tied to its logo.

“Having what some consumers see as an iconic Australian logo causes confusion about who we were and what we were doing,” continued Wilson. “While that logo was perfect for the brand 15 years ago, it definitely didn’t represent who we are today.” 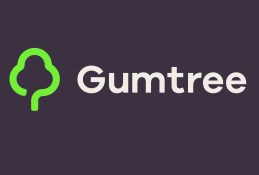 For the rebrand, Gumtree turned to agency Koto, home to the very same designers behind Airbnb’s overhaul last year, though they worked for a different agency at the time. Koto ofounders James Greenfield and Jowey Roden said they took some cues from the existing Gumtree eucalyptus tree.

“We wanted to create a tree that Gumtree could own, something that felt timeless yet digital and worked on a range of scales from a small mobile screen to building-sized posters,” explained Greenfield. “We did a lot of research around images of trees and how they had been represented by artists and designers through the ages to really understand how our audience of millions see trees as an icon. The final logo has been informed by this extensive research along with our own rigorous design process.” 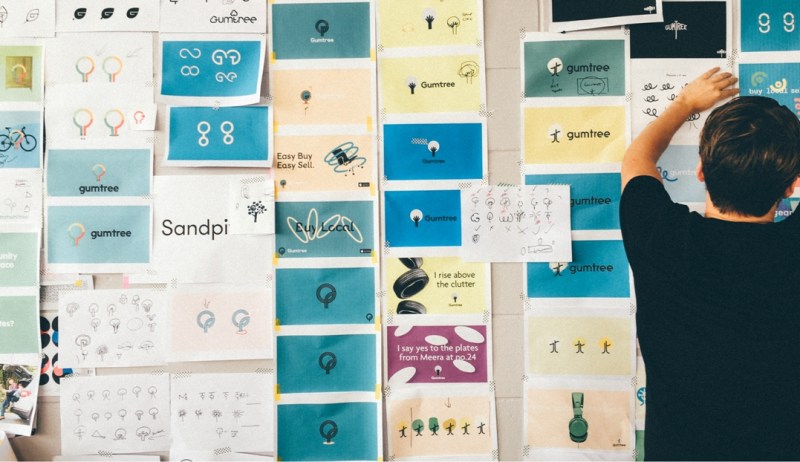 According to Wilson, around 80 percent of all Gumtree activity takes places on mobile phones, either through the Web or the company’s Android and iOS apps. And this relates well to one of Greenfield’s points about scalability. When the original Gumtree logo was designed, people didn’t really use their mobile phones for anything other than calling or texting. The intricate, detailed, multi-layered layout of the old logo works fine on the desktop, but on a mobile screen it doesn’t look so good. On small screens, you’re better off with a simpler, less cluttered logo, which is what Gumtree is rolling out today.

Pump up the volume

Gumtree is going on a major marketing offensive to realize its ambition of being one of the top digital services in the U.K. There will be a series of TV ads, complemented by radio, outdoor, and digital campaigns this month.

Moreover, the company is launching a new 24-hour customer service conduit through live-chat, email, and a dedicated customer-focused Twitter account. Twitter wasn’t even a twinkle in Jack Dorsey’s eye when Gumtree launched at the turn of the century, so this is further evidence that it’s moving with the times.

One thing that won’t be changing with this update is Gumtree’s distinct identity. A quick look through the company’s website or mobile apps reveals little to indicate that this is an eBay-owned company — I asked a handful of friends in the U.K., and literally nobody knew that Gumtree was owned by the ecommerce giant. This is the result of a conscious effort on eBay’s part to avoid confusion.

Prior to the online era, it’s likely most people knew what classifieds were. One of the best ways to sell something of value was to post an ad in the local newspaper. But with the rise of ecommerce sites, much of that has been lost. “Ebay has had such a big impact on the market that it is almost the norm now,” added Wilson. “It’s almost as though we have to reintroduce Gumtree and the concept of what classifieds are.”

In 2015, eBay’s 20th year in business, the company made a number of high-profile divestments, including selling eBay Enterprise for $925 million, shifting its stake in Indian ecommerce site Snapdeal, and  — the big one — spinning PayPal out as a standalone entity. Buried amongst all this hullabaloo was the news that eBay had sold its 25 percent stake in Craigslist back to Craigslist.

So Gumtree and Craigslist are no longer related. And a quick peek at Craigslist’s online offering reveals something quite different from its U.K. counterpart — a site that looks virtually unchanged since the dawn of the World Wide Web.

Craigslist is perhaps so big in the U.S. that it doesn’t feel as though it has to worry about branding. According to Alexa, Craigslist is the 13th most visited site in the U.S., not far behind Netflix and Pinterest, but ahead of Bing, LinkedIn, Imgur, PayPal, Tumblr, Instagram, and Walmart. 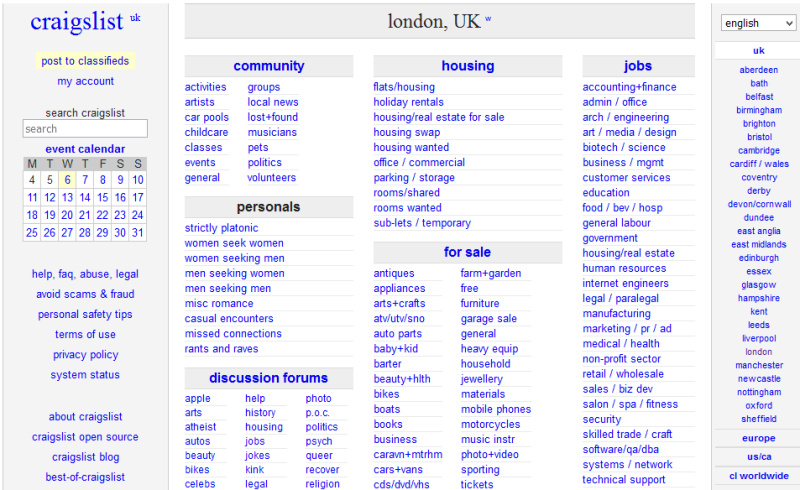 In addition to its standing in the U.K., Gumtree is also a popular classifieds brand in Australia, Ireland, Poland, Singapore, and South Africa. Today’s rebrand is limited to the U.K., however. Ebay also runs a wider classifieds network that doesn’t sport the Gumtree name — Kijiji, for example, is open in more than 300 cities across Canada, Italy, Hong Kong, and Taiwan. And then there’s eBay Classifieds in the U.S. and Germany.

Gumtree, like Craigslist, has ambitions to put itself front and center in people’s minds, and the company’s general manager, Morten Heuing, said that Gumtree is on a three-year time frame in terms of really ramping things up to the next level. “To keep up the momentum, we’ve set ourselves a target,” he said. “By 2018, we want every adult in the U.K. who uses the Internet to be using Gumtree.”