The Roost Smart Battery works with existing smoke detectors and CO2 alarms. It’s a lithium battery with the size and appearance of a normal 9-volt that communicates on your home Wi-Fi network. Using the Roost iOS and Android app, it messages you or anyone you specify when the power is low — no more chirps in the night — or the alarm goes off.

The Smart Battery lasts more than five years and sells for $35 at Amazon and Home Depot. 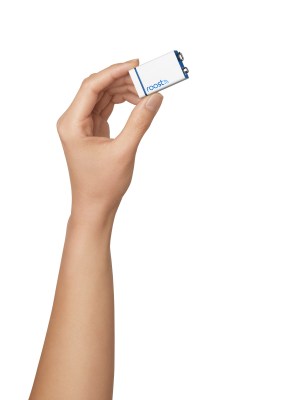 The new agreement announced this morning offers customers the option of having the battery also inform ADT when an alarm goes off, for a monthly fee Roost hasn’t specified yet, but which company reps called “minimal.” The option won’t require a contract from either company. After an alarm, ADT will call the customer and alert emergency services if needed.

The agreement makes Roost’s battery one of the devices covered by the new ADT Canopy service. The new ADT Canopy for Roost option will be available later this spring, and the company will offer it to both new and existing customers.