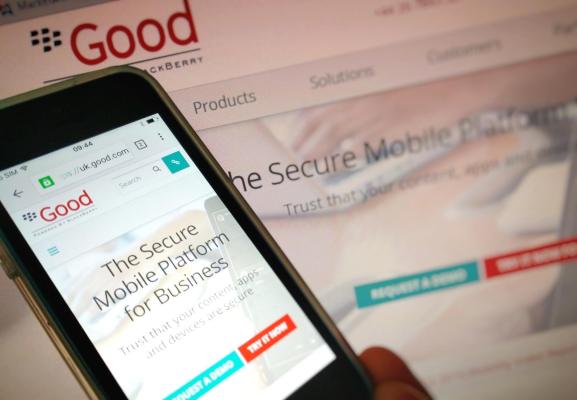 A bold offer by an entrepreneur could stoke the debate about who wins and who loses when a once high-flying company is acquired for less than its perceived value.

In an open letter to his former colleagues, which has been published by VentureBeat below, Ken Singer, cofounder of AppCentral — a startup acquired by Good Technology back in 2012 — says he’s taking all the money that he, as a shareholder, earned from Good Technology’s fire sale to BlackBerry and investing it back into his former AppCentral colleagues who lost out on the big payday they’d hoped for.

In the letter, Singer discusses his “moral dilemma” in accepting the payout. In a conversation with VentureBeat, Singer said it would be “immoral” for him to take a chunk of money that was, effectively, the money that his former employees at AppCentral had paid in.

To recap, BlackBerry bought its mobile security rival Good Technology in a deal worth $425 million back in September. The acquisition surprised many at first, given that the two companies had been at loggerheads in the past, but in the cold light of day the deal made a great deal of sense given their respective offerings in the secure mobility sphere.

Some weeks after the deal was announced, however, an investor document surfaced that revealed employees’ “common” stock was worth around 10 percent of what it had been the previous year, or only 44 cents per share, according to a New York Times report. A sad state for a company that was once valued at more than $1 billion, and was a leading candidate to IPO after filing in early 2014.

It also transpired that so-called “preferred stock” belonging to Good Technology’s VCs and executives was worth significantly more — seven times more, to be exact, at around $3 per share. When you consider that Good Technology had received almost $300 million in investment prior to its exit, meaning there were a lot of investors to pay off, the $425 million selling fee really started to seem paltry.

Adding salt to the wound, some employees ended up worse off because they’d already paid tax on the share value when it was at its peak (as they were leaving the company), and to pay those taxes some may have borrowed money or dipped into savings. As though things couldn’t get any worse, the document also revealed that Good Technology’s board had had the opportunity to sell for more than $800 million in cash earlier in the year, but had turned it down.

After learning of the Good Technology exit and the impact it has had on his former colleagues, Ken Singer said he is now giving every cent he earned from the deal to help AppCentral’s former employees build new companies. Singer also calls on former leaders at Good Technology, including his counterparts at other startups that had been acquired by Good Technology over the years, to join him in helping those workers who drove the company’s success.

It’s worth noting here that while Singer’s shares did provide a payout, he “didn’t walk away with millions,” as he once had hoped. His windfall was “somewhere in the middle,” though he wouldn’t reveal how much it was.

“To encourage you to use your talents for something big in the next 24 months, I’ve decided to set aside the entire amount of my earnings from the acquisition into a fund to invest in the most promising startups created by you, the former AppCentral team members,” said Singer. “I refuse to participate in a compensation scheme that rewards only those who make decisions while taxing those who do all the work. I refuse to buy into the notion that as a founder, I deserve compensation when my employees received nothing (or worse).”

While the Good Technology / BlackBerry saga will give many an uneasy feeling of what may be to come for other tech companies across Silicon Valley and beyond, for now, Singer is effectively creating a mini angel fund to give back to those who lost out. And if his open letter gains traction among his peers, it could see the fund boosted by others involved in the Good Technology episode.

Since the announcement of the Blackberry acquisition of Good Technology, I’ve tried to make contact with many of you.  Like most Good shareholders, I was caught off guard by the acquisition announcement in September.  I was even more surprised by the financial terms of the transaction when they were finally released.  But more importantly, I was embarrassed by what I read in the press of who benefited from the outcome. Those employees who had the greatest faith in the company–who had purchased their stock options–ended up with worthless stock and substantial tax burdens. The executives who were responsible for taking the company public but failed, walked away with millions.

As a co-founder of a company that was purchased by Good, I ended up somewhere in the middle.  I would not walk away with millions as once hoped.  But my stock did provide a payout.  This has left me in a moral dilemma.  I could not in good conscience accept a payout when AppCentral employees would in effect be paying for it.  Many of you turned down big name companies to join our team when it was just two guys in an attic in Berkeley.  Into this high-risk endeavor, you invested your careers, your brilliance, your youth and your faith and commitment–collectively, you WERE the company.  It would be unconscionable if this experience were to turn you completely off from working in another startup.

So to encourage you to use your talents for something big in the next 24 months, I’ve decided to set aside the entire amount of my earnings from the acquisition into a fund to invest in the most promising startups created by you, the former AppCentral team members.  Of course your idea has to be big, viable and inspired–you know how high my standards are.  When you’ve got market traction and think you’re ready, come find me–I’m always on campus.  And to the other former Good employees, your efforts and talent should not go unnoticed either–come see me when your startups need support and angel investment.

I know my actions only amount to a small gesture. So I’d like to call on all the former leaders of Good Technology to join me. I hope you will invest in your team members as they’ve invested in you.

Finally, I did not intend to make this letter open until I read the recent New York Times article, “When a Unicorn Start-Up Stumbles, Its Employees Get Hurt.”  I read it as an indictment of “startup culture,” which is generally accepted as brutal and often unfair.  But the thing about culture is that we are all part of it.  We are all responsible for its values and we can change them by choosing to reject what is readily accepted as normal.  I refuse to participate in a compensation scheme that rewards only those who make decisions while taxing those who do all the work.  I refuse to buy into the notion that as a founder, I deserve compensation when my employees received nothing (or worse).  And I refuse to allow the end of our story to be about greed and the death of a unicorn.  Team AppCentral, we are a phoenix–I will join you and your ventures when you’re ready to rise again.