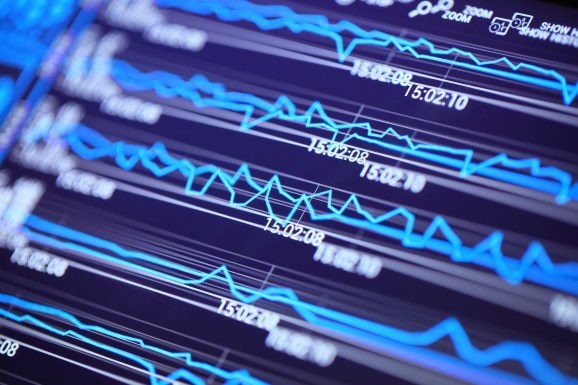 Digital user growth in Western markets is slowing down. With smartphone penetration in the US and UK already around 80%, few new people are coming online. Average revenue per user is high in these countries, but this has created an environment of tough competition and led to increasing acquisition costs.

Without expansion, merchants face the risk of becoming snakes eating their own tails. Competing in a closed environment with other companies that provide similar services drives up marketing budgets. At the same time, returns diminish as there are fewer new users to acquire.

Unlike Western markets, the digital ecosystem in emerging economies continues to grow. India is set to overtake the US in smartphone ownership by 2017. SuperDataResearch estimates that digital gaming spending grew by 67% in Asia Pacific and 60% in the Middle East & North Africa in 2015. Meanwhile, the growth is only at 21% in Europe and 13% in North America.

Looking just at percentage growth can be misleading in this situation though. There are still fewer smartphone owners in India than in the US today. The Middle Eastern gaming market is 10 times smaller than that of North America. But the implication here is that these emerging markets are growing rapidly and will continue doing so for the coming 5+ years. It’s too late to expand when these markets have already matured.

People in emerging markets won’t wait for 5 years until you are ready to reach out to them. When a global brand is not present, a local one will emerge. We’ve seen a prime example of this with social networking. Facebook focused on user growth in Western markets, and in the meantime, VKontakte swept the Russian market away. There are more Russian speakers in the world than people living in the States. Not the smallest missed opportunity.

There are two main reasons companies do not go global. The first is a lack of understanding about local markets. It is not iPhone, but Micromax, Karbonn, and Lava that are the most popular smartphone brands in India. In the Philippines people spend as much money on digital content as people in Germany despite a seven-fold difference in GDP. In India, a local poker game beats Zynga’s version in the revenue charts. It takes a lot of research to understand local ecosystems and how a company would have to adapt to succeed there.

The second reason is that expansion looks too difficult. There are close to 200 countries in the world, most of them with their own language and culture. Marketing to 300 million people in the US is uniform. Russia, Vietnam, and Turkey have the same number of people combined as the US, but engaging them takes three times more effort. To overcome this challenge, it makes sense to not try to conquer the whole world at once. Rather, it’s better to find the markets where desire for your service is the biggest. After that, you can create a global roll-out plan spanning several years.

There is no overnight success while going global; it is always hard work. Companies that rely only on the data and trends they see in the Western markets where they operate are putting their business at a risk by losing the edge in growing markets. Some face the challenges today; others haven’t reached that point yet. One thing is certain: Music, video-on-demand, mobile commerce, and the digital economy in general will not get growth from Western markets but from emerging markets.

Keeping a healthy balance between today’s success and building for future success requires internationalization, otherwise there will not be a market for many digital merchants to capture in a couple of years.

Martin Koppel is CEO of Fortumo.