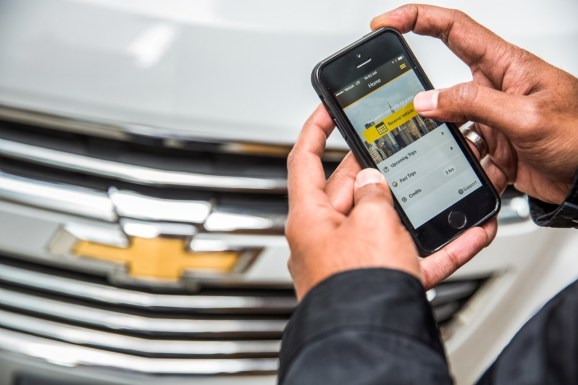 General Motors (GM) has reportedly acquired what remains of former ridesharing provider Sidecar. In addition to incorporating Sidecar’s technology, the car manufacturer will bring about 20 employees over to bolster its own efforts in the space.

According to Bloomberg, the exact figures of the deal weren’t disclosed, but it was likely less than the $39 million Sidecar raised when it was still in existence. What’s also noteworthy is that among the personnel being kept on is Sidecar cofounder and CEO Jahan Khanna. However, chief executive Sunil Paul has opted not to make the move to GM.

A pioneer in the ridesharing space, Sidecar last month announced that it was shuttering operations in order to pursue “other strategic opportunities.” It failed to offer a viable challenge to Uber and Lyft, two competitors that ran away with not only market share, but also the lion’s share of venture capital. Near the end, Sidecar pivoted away from ridesharing toward deliveries of various items, including marijuana.

GM will be using Sidecar’s technology to bolster its existing initiatives in the ridesharing space, such as the work it has with Lyft. Last week, the automotive manufacturer announced it was investing $500 million into the pink-mustached ridesharing company and said that it is also interested in building self-driving cars.

As the ridesharing industry becomes increasingly popular, it’s not surprising to see more and more car makers looking for ways to tap into the market. Already, GM has a car-sharing program called “Let’s Drive NYC,” which it debuted in October, and which represents a direct shot at Zipcar.

We’ve reached out to GM for comment and will update if we hear back.

Update as of 12:23 p.m. PST on Wednesday: Sidecar has confirmed the acquisition, saying in a post that the term sheet was signed in December. Paul described the “key component” of the transaction as a license to his company’s patents, specifically US Patent #6356838 for “System and method for determining an efficient transportation route” and others patent pending. The Sidecar CEO also confirmed that he will not be moving forward with the rest of the team, opting to “take a break before starting my next thing.” However, he did place his company’s demise on Uber, saying that it “is willing to win at any cost and they have practically limitless capital to do it.”