Google has announced a new $5.3 million grant to help refugees in Germany by equipping nonprofit aid organizations with Chromebooks.

Chromebooks are generally low-cost laptops that use apps running in the cloud, meaning they require Internet connectivity for most of their functions. 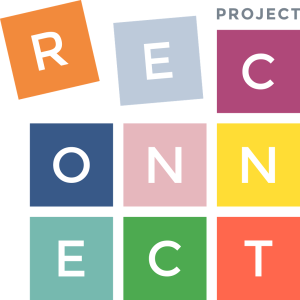 The grant, which comes from Google’s charitable Google.org arm, will support Project Reconnect, a program by NetHope, to “facilitate easier access to education for refugees,” according to Google director Jacquelline Fuller, in a blog post.

Today’s news comes four months after Google pledged to match $5.5 million in donations to help with the refugee crisis that has been unfolding. A month later, Google announced a new open-source project called the Crisis Info Hub that helps refugees access key information, such as lodging, transportation, and more, on their journey to safer countries.

Millions of people have been fleeing countries across the Middle East and Africa in the past year, and Germany has been the most welcoming host country, with more than one million migrants registered in 2015 alone. And this is why Google and NetHope — an organization specializing in connecting nonprofits with technology — are focusing specifically on Germany with this latest initiative.

“As they make it through a dangerous journey, the first thing refugees need is to find shelter, food and access to care,” explained Fuller. “But soon enough, they have to learn the local language, acquire skills to work in a new country, and figure out a way to continue their studies — all in an effort to reclaim and reconnect with the lives they had before.”

In terms of how the $5.3 million grant works, well, the nonprofits won’t see the money directly. Organizations can apply for up to 5,000 Chromebooks, and there are a total of 25,000 up for grabs. The specific Chromebooks are “managed,” meaning they can be administered and configured by a central team at the nonprofit organization and tailored to suit their specific needs. Preference will be given to “applications that demonstrate the impact that Chromebooks with Internet access will have in providing direct assistance to refugees, and facilitating access to critical programs and resources,” said NetHope.

With Google facing mounting challenges from European authorities over its business practices, the company has been ramping up its lobbying and PR initiatives across the E.U. and has introduced a number of initiatives to support local industries — including a $170 million digital journalism fund. While it’s clear that Google has its own motives here, it’s difficult to argue with the company’s efforts when its charitable donations are supporting the countless people seeking refuge in Europe.