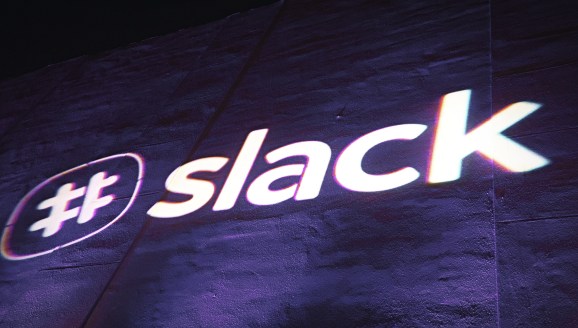 Slack logo cast on the wall of a building ahead of the company's launch event around its platform on December 15, 2015.

Team communication app Slack has hired Foursquare executive Noah Weiss to head up a new Search, Learning, & Intelligence Group for Slack, which will be part of the well-funded startup’s new New York office.

“The focus is on building features that make Slack better the bigger a company is and the more it uses Slack,” Weiss wrote today in a Medium post. “The success of the group will be measured in how much more productive, informed, and collaborative Slack users get — whether a company has 10, 100, or 10,000 people.”

Weiss is looking for people well versed in artificial intelligence, natural language processing, and information retrieval. From that I gather that he’ll be building technology that will make it possible for users to quickly find specific information on a given topic within Slack. Or, as he puts it, the team will be focused on “mining the chat corpus.”

3/ The focus will be building features that make Slack better the bigger a company is and the more it uses Slack.

That’s an interesting although not completely surprising development for a business-oriented messaging app that has exploded in popularity and now has more than 2 million daily active users.

And now, of course, Slack is active there too.

Weiss’ departure is also not the best signal for Foursquare, which recently raised a funding round at a valuation that is reportedly half of what it was before.

Slack, meanwhile, had a valuation of $2.8 billion during its funding round from last year.