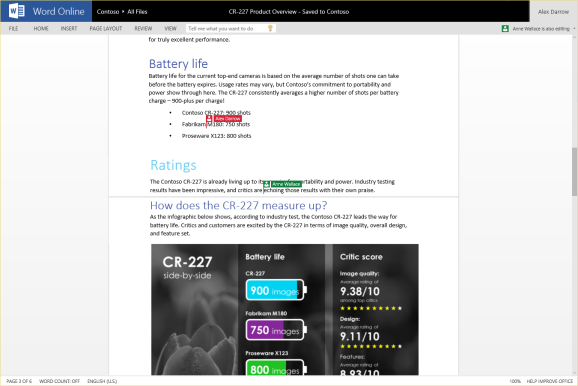 The agnosticism of where files are actually kept — and support for on-premises storage by way of Egnyte and Citrix ShareFile — could make Office Online a stronger challenger to Google Docs.

Microsoft is also allowing companies in the CSPP to integrate their files with Office for iOS, such that Office for iOS users can open and edit files from other clouds within the app. This feature is actually already live for Box. You can even “create a fresh Word, PowerPoint, or Excel document, assign tasks to specific colleagues and save to Box,” Box associate product manager Edward Shi wrote in his own blog post.

Microsoft is also broadening the capability of sharing files from third-party cloud storage services on Outlook.com. People using the site will be able to attach Dropbox, Box, and OneDrive files as documents or links “in the coming weeks,” Koenigsbauer wrote.