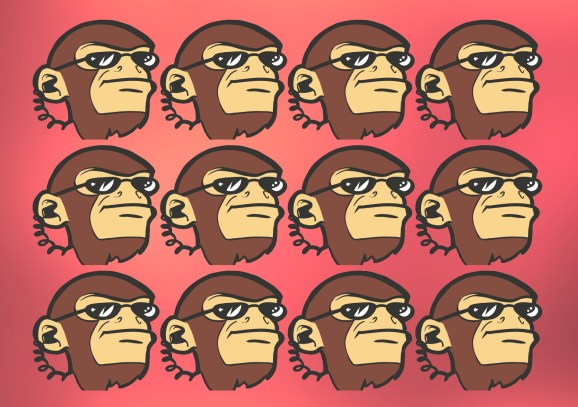 The cause of photo-taking monkeys was dealt a huge setback by a San Francisco judge who squashed the case of the ‘monkey selfie.’

U.S. District Judge William Orrick ruled that the monkey’s rights cannot be infringed on in the case of the photo because a monkey cannot legally control the rights to a photo, according to The Recorder, a legal newspaper.

The dismissal last Friday comes a few weeks after the same San Francisco-based federal court ruled that a monkey couldn’t hold a copyright to a photo because, well, it’s a monkey. Orrick wrote that federal copyright statutes don’t mention animals, and that such questions were better addressed to Congress. (Please, no jokes about the relative intelligence of politicians and monkeys.)

The photos in this case were arranged by British photographer David Slater. During a trip to Indonesia in 2011, Slater set up a camera in the hopes of attracting a monkey to use it. A crested macaque grabbed it and took a number of selfies. The photos were included in a book called “Wildlife Personalities.”

That came to the attention of the People For The Ethical Treatment of Animals (PETA), which filed a lawsuit against Slater on behalf of the monkey, which they claimed was a male named “Naruto,” against Slater.

PETA’s attorney has said the organization hasn’t decided whether it will file an appeal. But in the meantime, Slater still has a motion pending in the case, asking that PETA be required to reimburse his legal fees.

Clearly, he’s not happy about finding himself on the wrong end of the animal rights movement. In a press release on his Facebook page yesterday, Slater blasted PETA for attacking him despite his reputation as a photographer who has spent his life devoted to wildlife conservation.

He also said that “Naruto” was pure fiction, and that the monkey in the photos is a female named “Ella.”

“It’s a relief to get this Copyright Battle closed and that I won,” he wrote. “I’m now thankful I can stop wasting my time on PETA and get on with my job of promoting wildlife.”