Someone has finally done it. Someone has built a search engine that lets you match all those priceless Simpsons quotes with screengrabs from the iconic show.

Frinkiac, named in homage to nerdy scientist Professor Frink who first appeared in the show back in 1991, features a whopping three million searchable scenes from across the first 15 seasons.

“We had the idea several years ago when we were quoting The Simpsons at each other all day long, and it was surprisingly difficult to find an image of the scenes we were quoting on Google,” explained Frinkiac cocreator Sean Schulte in an interview with Wired.

Six months in the making, Frinkiac is an epic work of art, though it isn’t flawless. When you enter a quote, you’re presented with a myriad of screengrabs that are vaguely relevant to the keywords, so you must have a good memory to be able to select the appropriate scene for the quote. But that’s a minor quibble, really. Once you select the screengrab, you can then choose to create a meme and share it to your heart’s content across the social sphere. This is one for all you Simpsons fanboys and fangirls out there. 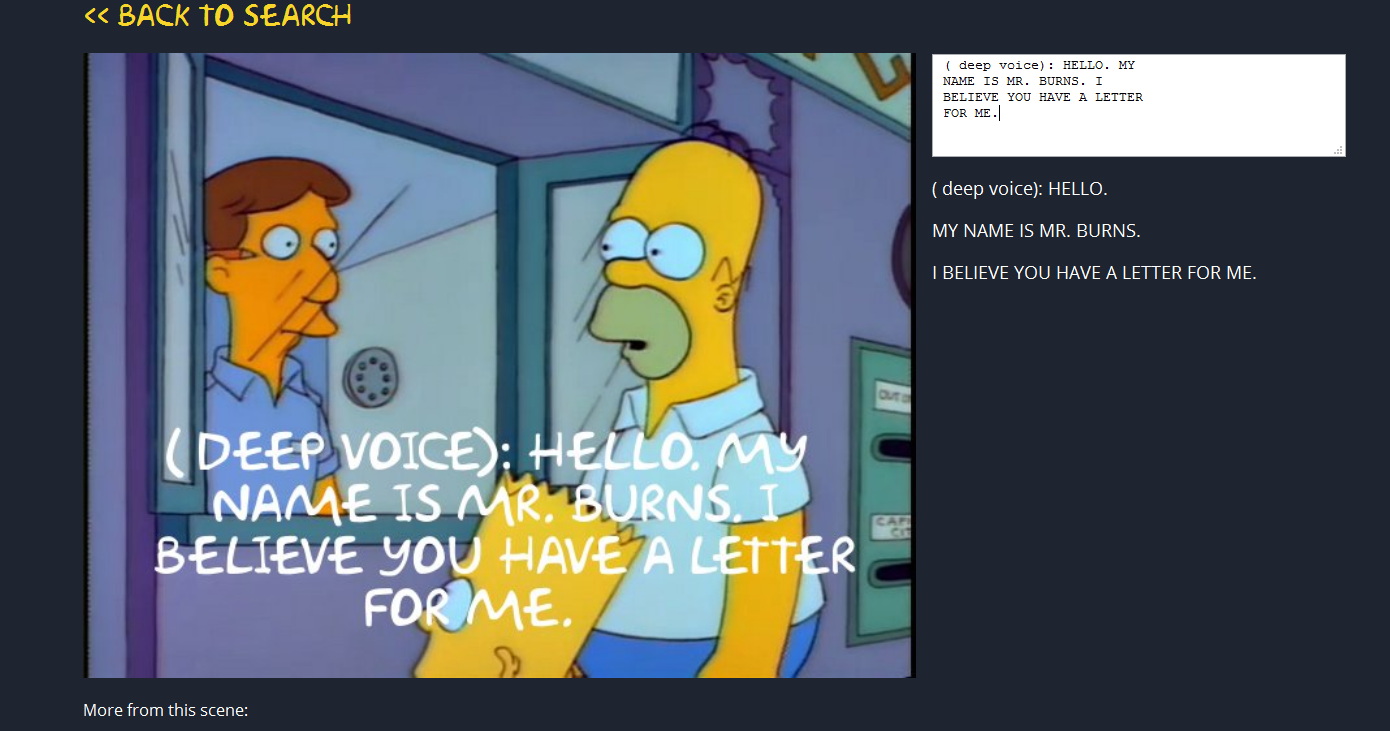