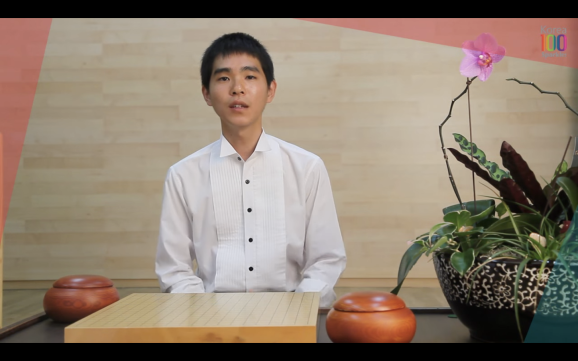 Google will provide YouTube livestreams of its artificial intelligence (AI) software playing games of the ancient Chinese board game of Go against Lee Sedol, the highest ranked Go player in the world. Demis Hassabis, head of the Google DeepMind lab behind its AlphaGo AI system, announced the news today in a tweet.

This news that there will be a broadcast of the five-game match scheduled to take place in Seoul — and for which there is a $1 million prize — is interesting for a few reasons.

Google did not publicize the matches that its AI played against French Go champion Fan Hui — even though the software ended up sweeping the human 5-0, which lead to a paper in the prominent scientific journal Nature.

Sedol, of South Korea, is much better known than Hui — and it does make sense to build on all of the media attention that Google received as a result of the Nature paper.

Google is clearly jazzed about its progress in AI, which is already used inside many products at the company. On the Alphabet earnings call earlier this week, Google CEO Sundar Pichai boasted about AlphaGo’s victory over Hui, almost as if it was a business highlight for the quarter. AI isn’t a business segment at Alphabet, or even a product. But as Google advances its technology in the area, AI could lead to business advantages — like greater user engagement and satisfaction with speech recognition on mobile devices.

It is possible that AlphaGo could lose to Sedol.

“I have heard that Google DeepMind’s AI is surprisingly strong and getting stronger, but I am confident that I can win at least this time,” Sedol said in a statement.

A Sedol victory — put another way, a loss for AlphaGo — would be something thousands or perhaps millions of people would see in real time, and something that would persist on the Internet for years, right alongside all the other videos on Go. A loss televised on YouTube like that could be an embarrassment to the herd of AI researchers inside Google, which is competing with companies like Facebook and Microsoft to pick up talent and technology.

But a victory would be a truly excellent coup for Google. It would be the kind of thing that would validate its considerable research spending on AI. People watched IBM’s Watson beat Jeopardy contestants on television. Now Google’s vastly more complex AlphaGo system could be in for its 15 minutes — or hours, really — of fame.

“If we win the match in March, then that’s sort of the equivalent of beating Kasparov in chess,” Hassabis told reporters in a press briefing on the Nature paper last month. “Lee Sedol is the greatest player of the past decade. I think that would mean AlphaGo would be better than any human at playing Go. Go is the ultimate game in AI research.”