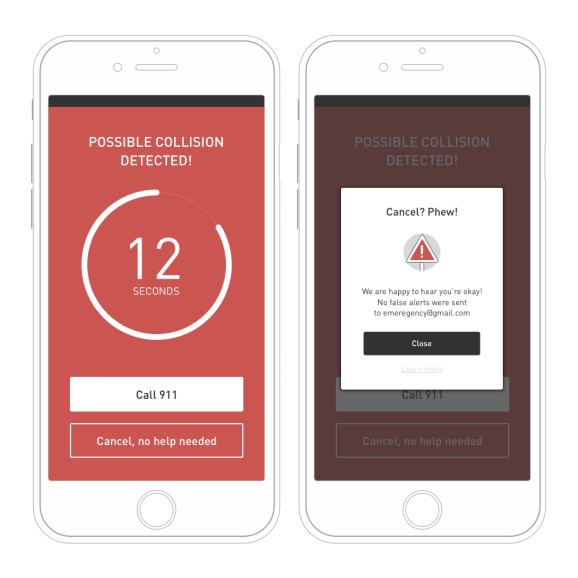 Zendrive today announced that it has raised $13.5 million in funding for its technology to make transportation safer. The investment was led by Sherpa Capital and will be used to improve technology and add more talent to the team.

A mission-driven company, Zendrive uses data and analytics pulled from apps using its technology to improve safety on the road. Instead of utilizing a device that plugs right into your dashboard, the company relies on something more modern and efficient: your smartphone. The data derived from each phone can then be used to make roads safer, by telling government officials how to improve road infrastructure, for example, or telling fleets how to make better drivers, and also by offering real-time notification should a loved one be involved in an accident.

“What we’ve built is a coaching platform,” said Zendrive CEO Jonathan Matus. “It’s not enough to monitor drivers, but we have to move the needle on improving [them]. We’ve done a variety of studies on coaching platforms and have reduced phone usage by 60 percent over time — one in every four car accidents is caused by phone usage.”

The average person likely won’t notice if they’re using Zendrive because it doesn’t have a consumer-facing version. It’s available for developers to include in their own app through an SDK. That tool leverages mobile sensors within the device to measure acceleration, braking, swerving, phone use, and other factors.

The company hasn’t disclosed how popular its service is but did say that it’s analyzed hundreds of millions of miles. Some of the many apps that have turned to ZenDrive’s service include Shuddle, Urgent.ly, eDriving, Red Cap, and Valet Anywhere.

What’s notable about this round is the participants. The company has received investments from the venture arms of BMW; Bill Ford, through Fontinalis Partners; and Sherpa Capital. The first two are associated with large automobile manufacturers, so it’s possible that ZenDrive’s technology could be integrated into the connected car at some point. Not to mention participation from Shervin Pishevar of Sherpa — he’s made big-time investments into on-demand services like Uber.

Matus said that in the future, the company will bring its collision detection to more customers, something that he thinks is really important. Statistics show that the first few minutes after a crash are critical for anyone involved.

He also believes that should Zendrive succeed, it will ultimately reduce the cost of automobile insurance, something the company has received inquiries about from the providers themselves.

To date, the company has raised $15 million, including the $1.5 million it raised in 2013. Valuation was not disclosed.