As promised last year when the company introduced it, Pinterest today announced that it has released its Teletraan tool for deploying source code on GitHub under an open source Apache license.

“Teletraan is designed to do one thing, deploy code,” Pinterest software engineer Baogang Song wrote in a blog post. “Not only does it support critical features such as zero downtime deploy, rollback, staging and continuous deploy, but it also has convenient features, such as displaying commit details, comparing different deploys, notifying deploy state changes through either email or chat room, displaying OpenTSDB metrics and more.” 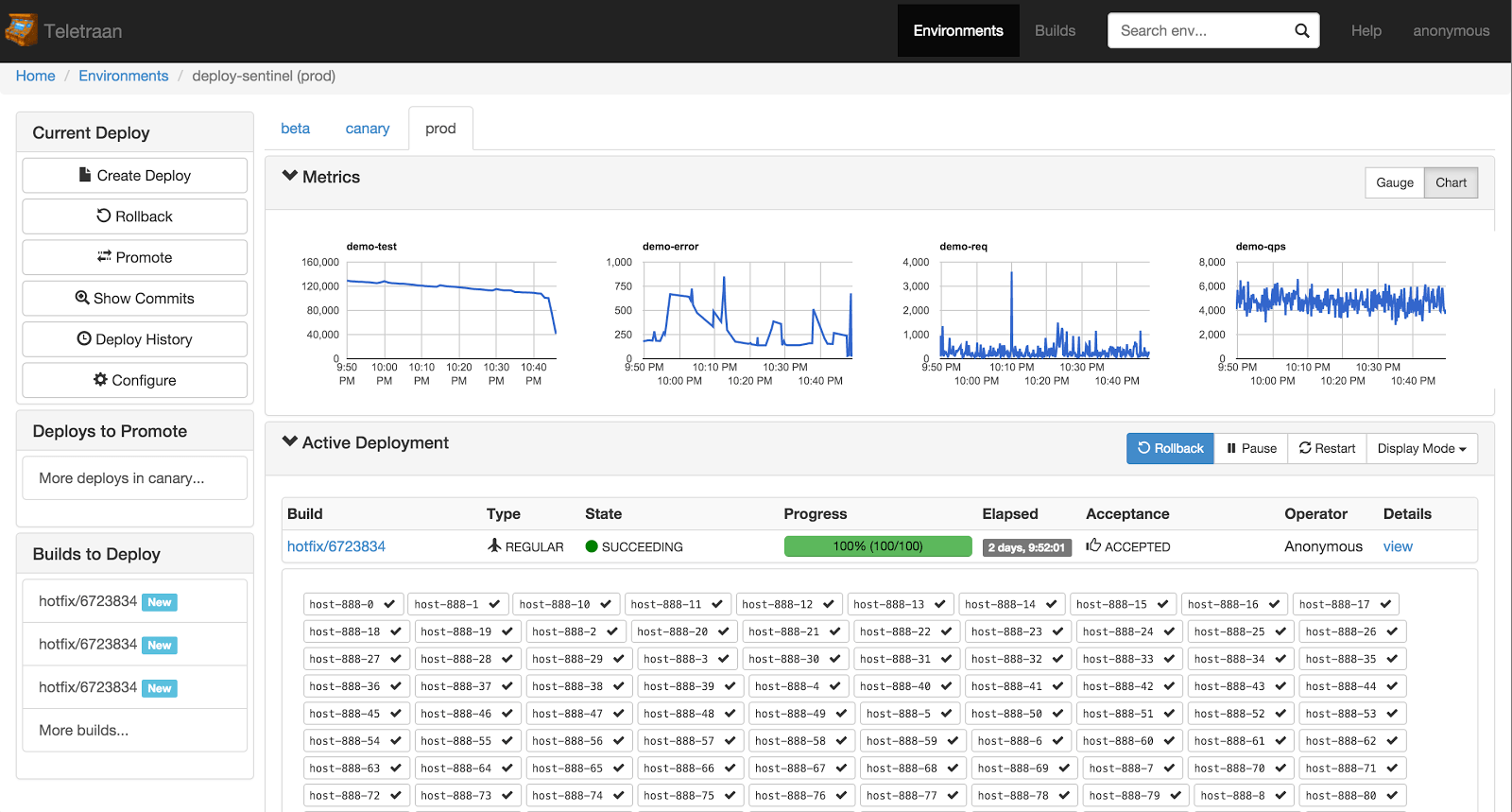 Teletraan works on Mac OS and Linux machines — no Windows support is available at this point, according to documentation for the tool. And while Teletraan can deploy code onto virtual machines, such as those available from public cloud Amazon Web Services, it’s not yet possible for it to deploy code into containers. But that capability is on the roadmap, Song wrote.

Like other web companies, Pinterest has been open-sourcing more and more of its software. For example, last year the company released tools for the Elixir programming language.

When Pinterest introduced Teletraan in a blog post in May 2015, the company mentioned that it would open-source the software by the end of the year. It’s showing up behind schedule by a few weeks — but hey, at least it’s available now for people to check out and build on.

And this isn’t something from Pinterest’s virtual junkyard. Teletraan handles a whopping 500 deploys of code every day for the company, which had more than 100 million monthly active users as of September.