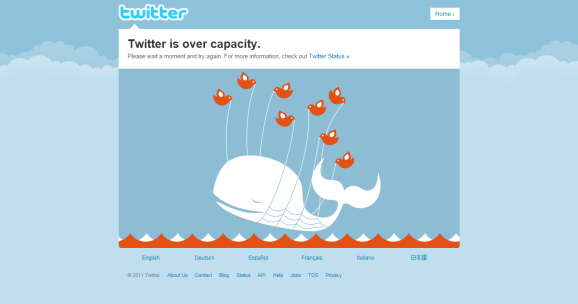 Twitter today filed its annual report with securities regulators. While there are no earth-shattering revelations, there are plenty of nuggets that show how recently re-minted CEO Jack Dorsey continues to put his stamp on the company, as well as the challenges Twitter still faces.

Here are 10 telling changes Twitter made in its annual report this year:

1. Got live, if you want it: Twitter wants you to know it’s all about the live stuff now and has changed its description of itself to reflect that. Last year, the company said:

“The mission we serve as Twitter, Inc. is to give everyone the power to create and share ideas and information instantly without barriers.  We offer products and services for users, advertisers, developers and platform and data partners.  Our goal is to reach the largest daily audience in the world through our information sharing and distribution platform products.  We believe our audience is not limited to our users on the Twitter platform, but rather extends to a larger global audience.”

“Twitter gives everyone the power to create and share ideas and information instantly without barriers. Our service is live — live commentary, live connections, live conversations. Whether it is breaking news, entertainment, sports, or everyday topics, hearing about and watching a live event unfold is the fastest way to understand the power of Twitter. Twitter has always been considered a ‘second screen’ for what is happening in the world and we believe we can become the first screen for everything that is happening now.”

2. Video, video, video: Twitter also added: “We are committed to refining our core service to better enable people to more easily create, share and consume content that is important to them. As part of that strategy, we will be focusing on live streaming video, which we believe is a strong complement to the live nature of Twitter.” Hello, Periscope!

4. Suck it, trolls: Twitter also added: “Finally, we intend to invest more resources in making our platform safer by implementing technology to better detect the use of repeat abusive accounts, making it simpler for our users to report multiple abusive Tweets or accounts, and giving people simpler tools to curate and control their experience on Twitter.”

6. International: Last year, Twitter noted that it expected the following international markets to grow faster than the U.S.: Argentina, Brazil, France, Germany, India, and Japan. But this year, it crossed Germany (nein!) off that list, and replaced it with the Philippines. The company doesn’t explain what’s happening in Germany.

7. Well, duh: Monthly active user growth stagnated this past year, which we already knew. Twitter added in the filing: “We believe that returning to meaningful MAU growth is dependent on improving our product and feature offerings to demonstrate our value proposition to a larger audience.”

8. Competition: To the list of companies Twitter competes against that have “greater financial resources and substantially larger user bases” it added WhatsApp.

9. Paging Mr. Fail Whale: Okay, maybe I’m missing something here, but about 10 years into its existence, Twitter added this to its list of things that are important to its ability to compete: “Our ability to develop a reliable, scalable, secure, high-performance technology infrastructure that can efficiently handle increased usage globally.” That can’t just have occurred to them, right? Right?

10. Silicon Valley business models, FTW!: Since its founding about 10 years ago, Twitter has lost a total of $2.09 billion.

Bonus OOPS: “Additionally, in February 2016, we discovered, and corrected, a bug that affected our password recovery systems for about 24 hours. Although this issue did not expose passwords or information that could be used directly to access an account, it had the potential to expose the email address and phone number associated with a small number of accounts (less than 10,000 active accounts).”