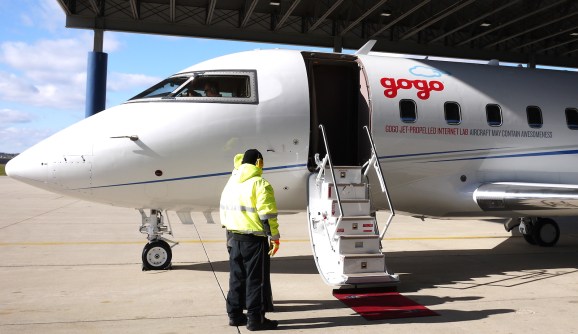 Gogo has announced it will upgrade the satellite modem used with its 2Ku and Ku satellite technologies to increase the throughput from satellites to Internet users on its planes in the U.S.

The news comes after American Airlines dropped its litigation against Gogo over its appallingly low in-flight Wi-Fi speeds. American had asked a district court in Texas to interpret a clause in its contract with Gogo that stipulated the airline could seek an alternative in-flight Wi-Fi provider if it received a better offer. After Gogo’s shares plunged, the Internet provider eventually agreed with American’s interpretation of the clause and confirmed it would submit a proposal to improve the service.

While American Airlines could still ultimately jump ship for a rival provider, such as ViaSat, Gogo will be fighting tooth and nail to keep its contract with what is one of the world’s largest airlines. That plan includes offering its new 2Ku satellite-based system for American Airlines’ fleet of around 200 domestic Boeing 737s, but this will require an investment in the onboard modems.

“Just like your home or office Wi-Fi set-up, you can make improvements to the amount of bandwidth delivered, but if the modem can’t support that bandwidth, you can create a choke point in the network,” explained Anand Chari, Gogo’s chief technology officer. “Gogo’s next generation modem is being built with a lot of room to spare so it will be ready to handle data delivered from next generation high throughput satellites and beyond.”

Though Gogo made no specific mention of American Airlines in its announcement today, the timing of the announcement, so soon after their public spat, indicates more than a coincidence. Indeed, Gogo CEO Michael Small had already said that the company would send American Airlines its proposal by March 20. By putting its commitment to upgrade into the public domain today, Gogo could be hoping to strengthen its position.

Gogo is partnering with Gilat Satellite Networks for the new modem, which will be tested in-flight “in the coming months,” with commercial delivery expected to begin in 2017. The modem will be capable of speeds of 400Mbps, according to Gogo, which should be enough to support next-generation satellite technology too.

“Our 2KU antenna is twice as spectrally efficient as any other antenna, and this modem will allow us to deliver that speed advantage to our customers,” added Chari. “It also will allow our customers to seamlessly upgrade to the new Ku High Throughput Satellites (HTS) that have just started to be launched, and the massive-scale low earth orbit (LEO) constellations planned over the next decade.”

The modem will also support IP streaming and IPTV, which are emerging as a key driving force for in-flight Wi-Fi. Online video giants such as Netflix and Amazon are already teaming up with airlines to offer their respective services to passengers — without charging for Wi-Fi.