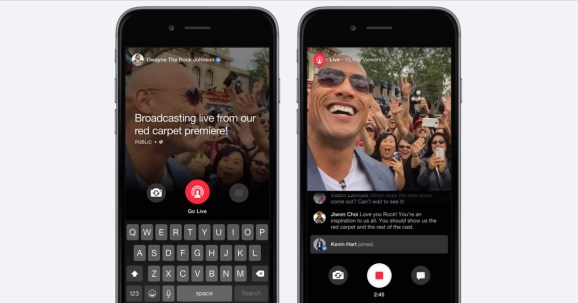 “Facebook Live videos are more interesting in the moment than after the fact,” Facebook said in a blog post. So as you constantly refresh your News Feed to find interesting stories, if someone is broadcasting live, it’ll pop to the top of the page. This makes sense since you’ll be interested in experiencing their moments with them instead of after the fact.

The company has taken into account various signals to help identify the most relevant Facebook Live videos to display in your News Feed. It has explored actions such as whether sound was turned on or not, was the video full screen, and more.

Mark Zuckerberg, Facebook’s CEO, hasn’t been shy about his gung-ho attitude towards Live videos. As more people access the technology, it will be important to find ways to allow their friends and followers to engage in real time so that the overall experience is optimal not only for the creator, but also for the viewers.

Facebook said that Pages should not see any significant changes as a result of the algorithm adjustment.