It’s been three years since Livefyre acquired social aggregator Storify, and the company hasn’t really made major waves in the service — until now. Livefyre announced today the launch of Storify 2, an upgrade to the real-time storytelling product that now provides improved workflows and collaboration tools to streamline live blogging for large news organizations. It’s also fully integrated into the company’s Engagement Cloud.

Storify was originally focused on individual editors, allowing them to quickly compose stories that leverage social media content, but it wasn’t able to entirely meet the needs of the mid-sized and large news organizations. As CEO Jordan Kretchmer put it to us: “How do I create an environment where I can publish stuff constantly without requiring a page refresh on the customer side and with the workflow that lets me work better?” 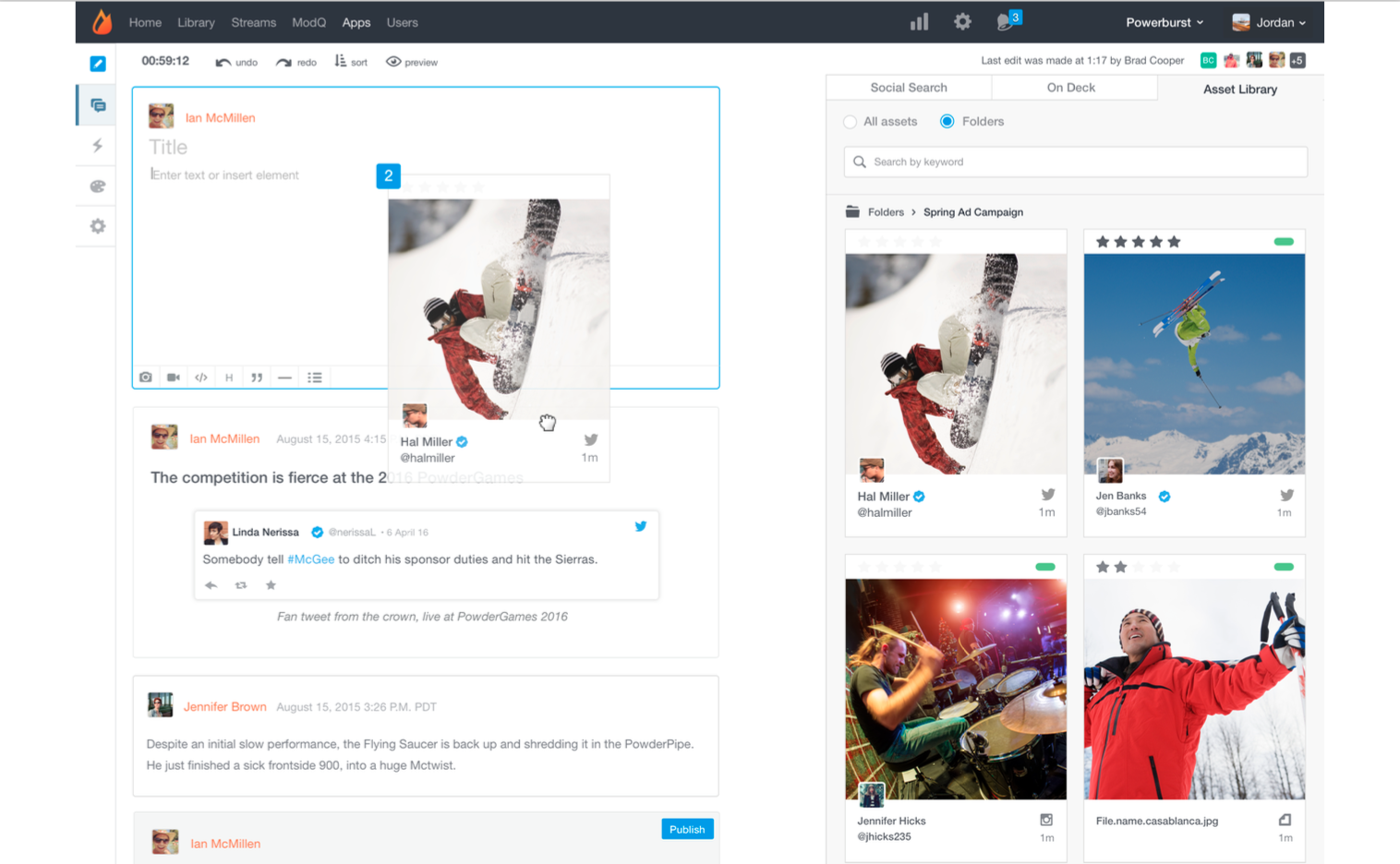 To answer that question, the company rebuilt Storify and incorporated it into its Engagement Cloud, consolidating all its services so editors only have one place to go for all things social-media related. Going forward, you’ll only need your Livefyre account to log in, which simplifies the process. However, it won’t be available through the basic package — you’ll need to pay for Storify, with a starting price of around $30,000 a year (depending on factors like number of users, how many streams you want, whether you are using more than Storify, etc.).

Some of the updated features include drag-and-drop support that lets you pull content from multiple social media streams into your story. While the content is displayed in reverse chronological order, it can also be manipulated so that posts can be pinned anywhere on a page. This gives you greater control in shaping the narrative of the story as it unfolds live. In addition, it allows real-time collaboration amongst editors and reporters —  similar to the experience you’d have in Google Docs. User permissions are also available to restrict some users from automatically publishing. It’s possible to incorporate scheduled posts, as well.

New social networks have been added to the service, including Tumblr, StockTwits, and SoundCloud. Animated GIFs are also supported, thanks to integrations with Giphy.

When setting up a live blog, users can embed Storify’s code onto a page, which means that it becomes part of the infrastructure of the site and should be indexed by Google. Kretchmer said that the entire page is malleable: “There’s zero reasons why you can’t have a Storify story that’s drag and drop. There’s nothing that allows marketers this flexibility.” Many of these features were the result of feedback the company received from brands and publishers. As Livefyre evolves further into becoming an enterprise software company, it’s looking to offer more of the capabilities that large firms need. However, it hasn’t forgotten about individual editors or smaller news organizations  — the original Storify will still be available for free, but without the features in Storify 2.

“Modern readers desire information from both reporters and the voices of their peers,” Kretchmer explained. “This reality has led to a disruptive shift in the newsroom, leaving publishers questioning how to stay relevant and compelling in a crowded, competitive feed of voices. Publishers need to capitalize on this perpetual feed by pulling in real-time updates complimentary to their narrative. But that’s just half of the equation. Publishers are also searching for ways to extend the life of the content they’ve already created.”

In order to further entice newsrooms, Livefyre has also launched a native application that leverages platform features to help reporters on the ground quickly transmit reports back to an editor for publishing. It’s the first time the app has offered reporters and content creators the ability to stream the experience back to a central dashboard. Photos and video can be either saved in Livefyre’s asset library or published live. The app is available for iOS and will launch on Android soon.